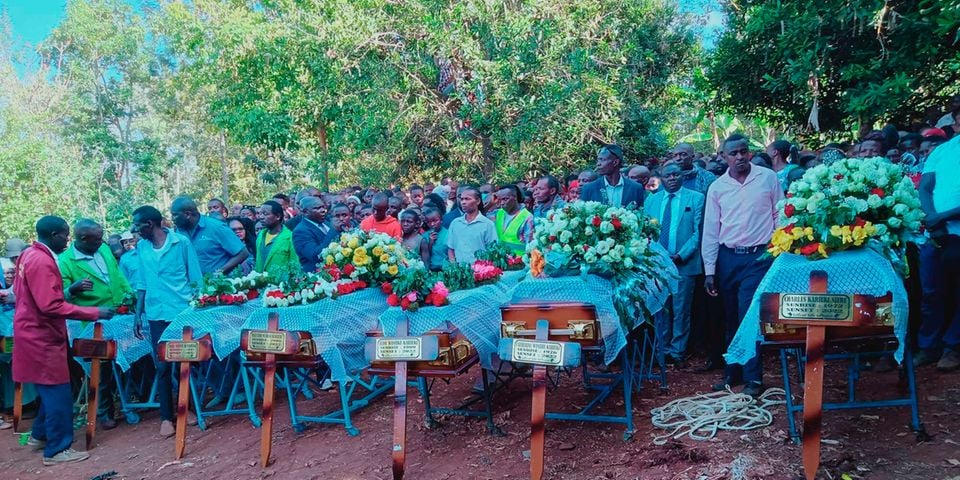 In the early hours of October 2, 2022, a man set fire to a residence in Ngimari ,Embu County.

The crime left villagers shocked as family lost seven members to burns, and their home was burned to ashes.

Charles Kariuki, 50, his wife Catherine Wanjiru, 46, and their three children Joel Njeru, Judy Wanjiku, and Maryanne Murugi all perished in the accident. Maryanne was getting ready to take the November KCPE exam.

The fact that no one lived to tell the astonishing story was what caught everyone off guard.

The perpetrator, who had fled the scene of the assault, was apprehended on Friday.

The revelation that the suspect intentionally set fire to his estranged wife’s home rather than the correct one is more alarming.

According to Embu East Sub-county Police Commander Emmanuel Okanda, he will now be charged with murder.

According to him, the crime was serious, and the main suspect—whom detectives managed to fish out of his hiding place in Kakamega County on Friday night—will face the death penalty.

The suspect, who is presently detained at a police station in Nairobi, will be moved to Embu, according to Mr. Okanda, so that he can be charged and tried at the High Court of Embu.