Embu family devastated as mother and daughter die from Covid-19 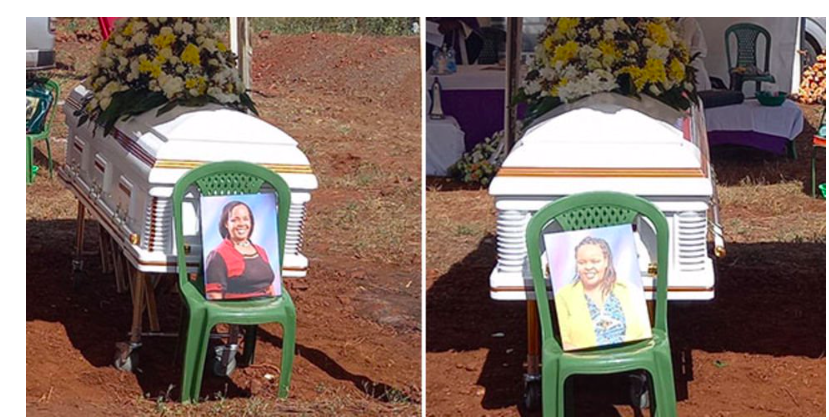 During their burials on Wednesday, Dr Patricia Wawira and her mother — Catherine Ngungi — were as close as they were in life.

The two, who succumbed to Covid-19 — which also left the family head hospitalised — were buried next to each other in separate graves at their rural home in Kigwambiti village, Embu County.

Wednesday, a cloud of grief engulfed the remote Kigwambiti village as the retired primary school headteacher, aged 71 and her daughter, aged 47, were buried in an emotional ceremony.

Their deaths are a clear evidence of the devastation that the disease has had on Kenyans.

Catherine’s husband, Alexander Njuki, who is a retired surveyor, luckily survived the disease after hospitalisation and was discharged in time to attend his wife’s and daughter’s funeral.

It was not clear how the virus hit the family that lives in Nairobi and claimed the lives of the two, leaving relatives and friends baffled.

Catherine was taken ill on February 26 and was admitted to Nairobi Hospital on March 1 for treatment. Four days later, she lost the battle with the virus.

On the other hand, Dr Wawira started feeling unwell on February 22 and was rushed to the same hospital and admitted in critical condition. However, on March 13, she passed away, dealing a huge blow to the family.

A relative, Jackson Njiru Nyaga, said it was no longer a secret the two died of Covid-19.

“Covid-19 is real and it has left us mourning the deaths of our dear ones,” said Mr Nyaga.

However, Mr Nyaga said it could not be established how the disease found its way into the family.

“It is not known how the disease was spread to the family. It is sad and we are trying to come to terms with the loss of two family members,” he told the Nation Wednesday.

However, he dismissed as propaganda reports that Dr Wawira’s son, Raphael Chipunza, was also sick.

“The child did not contract the disease and he has even attended the funeral. The boy is very safe and he was with us during this funeral,” he said.

“The mother and her daughter related well with the residents whenever they visited the village. We shall surely miss them,” he said.

Ivurore MCA Duncan Mbui eulogised the two as hardworking and development-conscious people whose lives had been robbed by the cruel hand of death.

He said Covid-19 is not sparing anyone and called on the government to vaccinate all Kenyans.

“To save our lives, all Kenyans should be vaccinated against the disease,” he said.

Family members said it was unfortunate that Dr Wawira had died at a young age.

Prior to her death, Dr Wawira was working as a national project development officer at the International Organisation for Immigration.

Photos: Life and times of Tribeka boss who succumbed to Covid-19