Emily Onyango: I always knew I’d be a church leader 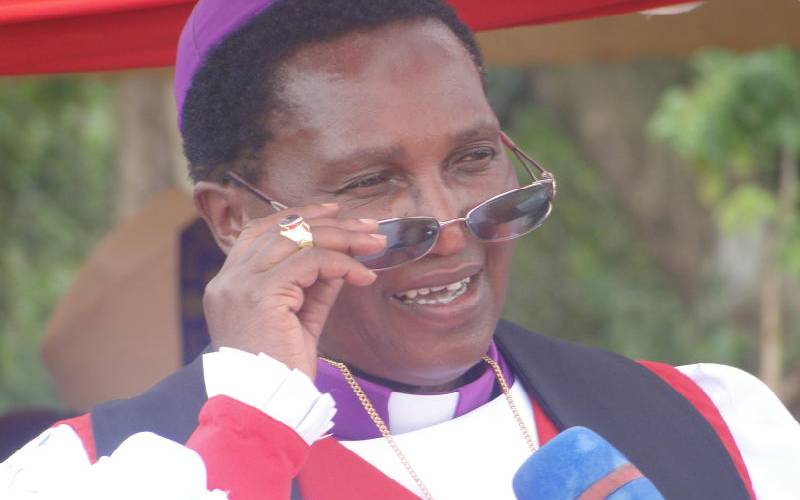 On Saturday, a priest in the Anglican Church of Kenya realised her childhood dream of being among the first women leaders in the church.

Rev Dr Emily Onyango, a lecturer at St Paul’s University described her consecration and enthronement as the first woman assistant bishop of Bondo diocese as something that was always meant to be. “It all began in my younger days when I was brought up in a Christian family and I was convinced that it was the path meant for me,” she says.

But the accomplishment was not a walk in the park for the 59-year-old mother of two.

“When we joined the then from St Paul’s United Theological College for a Bachelor of Divinity Degree, some men made fun of us that we were supposed to do sciences and not theology,” she said.

At exactly 11am, Onyango took the Oath of Obedience before being presented for the consecration. She was thereafter taken for Episcopal robes being escorted by two bishops of the church where she knelt down and a prayer was conducted.

The former student of Nyakach Girls High School grew up in Nairobi where her father worked with the Kenya Railways before he was transferred to Kisumu. Highlighting her challenges as a young woman who embarked on a path that not many had tried, Onyango said she came face to face with controversy.

Immediately after her appointment, some six members of the church claimed that the process of appointment of the assistant bishop for the diocese was unprocedural and in complete disregard of the provisions of the Diocesan Constitution.

In a petition dated January 19, 2021 and addressed to the Archbishop of ACK Jackson Ole Sapit, the petitioners claimed that the creation of the position has not been supported by the Synod as provided on Article 12 (1) of the Constitution of the Anglican Church of Kenya.

The petitioners wanted the Archbishop to institute a joint fellowship with the Diocesan Synod in another special session to deliberate on the matter.

They said that the diocese cannot financially sustain the office of the assistant bishop. “This is evidenced by the fact that the parishes were, as of January 1, 2021, in arrears on their financial obligations to the diocese to the tune of about Sh13 million. This is almost equivalent to the annual expenditure of the diocese,” read the petition.

But on Saturday, the newly consecrated bishop said that the matter was the extra costs that her office was coming in with, but her appointment as a woman bishop. “Many Christians were worried that the office will need a bishop’s car and other things, but I want to tell you that my mission is to serve God,” she said.

Following the 1978 Lambeth Conference, which stated that ordination of women need not be a communion dividing issue, the Anglican Church of Kenya permitted women to join the episcopate in 1980.

“Honestly, Christians had no problem with women leadership but the church hierarchy had its own reservations,” she said, expressing her excitement after she was ordained as a Deacon 36 years ago.

Onyango started with children’s ministry in the then Diocese of Maseno South and thereafter priested in December 1986 by the late Rt. Rev. Dr Henry Okullu, who had also ordained the Rev. Lucia Okuthe, the church’s first woman priest, in 1983.

“Even though the province had agreed in principle, things turned out to be so controversial that Bishop Okullu had to be called from Canterbury to explain why I was ordained,” she said, adding that she was only 22 years old and the church leadership was suspicious.

Onyango, currently a lecturer at St Paul’s University’s department of Theology and Development studies, has been a canon in Bondo Diocese since February 2018. She chairs The Africa Centre for Biblical Equity and is a founder-member of the Circle of Concerned African Women Theologians.