Emmy Kosgei: Why I didn’t want to become a pastor’s wife 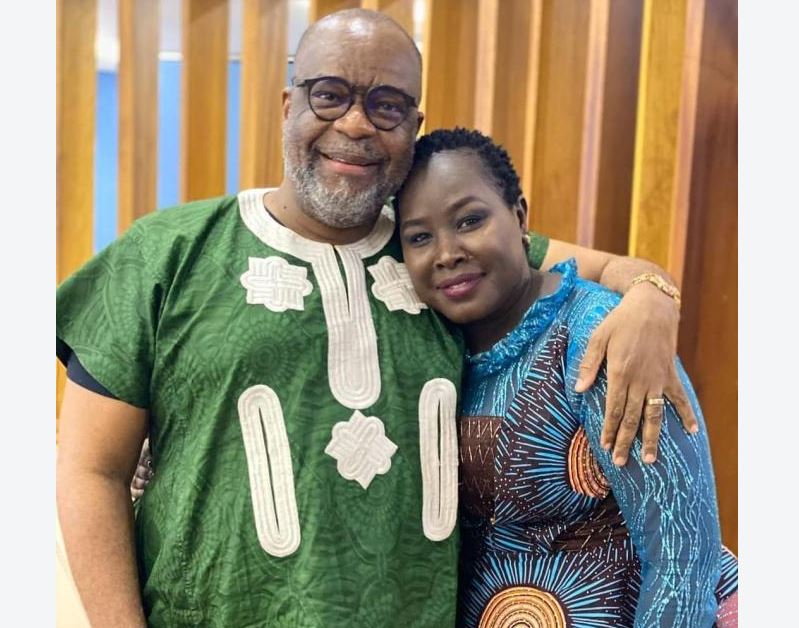 Emmy Kosgei is in the country. 10 years ago, that statement would not have caused ears to perk up, but now it’s a thing of excitement because today, she switches between Kenya and her new home, Nigeria, regularly.

It has been almost nine years since she left and is now even used to Nigeria’s famously spicy food now.

She has also picked up some quintessentially Nigerian habits like saying, “Chineke oh,” but manages to not use the expressions and speak pidgin for most of the interview, except to explain the language.

“The food there is pepe (pepper). It took me like a year or so to get used. And then you know I’m a Kalenjin. So I don’t do seafood. But their food is a mix of everything. There is a delicacy which has fish, chicken, goat meat – all of them in one pot. That is for very rich people. Now for me as a child of pastoralists, that was tough to get used to! But I have found a few dishes that I like. And I’m now used to all the pepper.

“That is something I have never understood. Their way of eating. Especially what they call swallow (fufu). They dip it in soup and then they swallow (without chewing). And the soup is very rich. So my question has been: You do very nice soup and you just taste it? It’s their culture,” she says.

When we catch up with her, she still has gold dust on her; having just been the only artist from East and Central Africa performing at the ‘5 Days of Unending Thanksgiving’ concert. The concert was organised by Nigerian gospel heavyweight Sinach; and also performing were big names such as Joel Osteen, Darlene Zschech and Pastor Nathaniel Bassey.

“I was so honoured that she invited me to be part of it, more so to bring a different sound from the East and Central Africa. It was being streamed all over the world,” says Emmy.

“My first set did very well and I was asked to come back due to public demand! I was so honoured. Everybody there had a West African sound so something different in terms of rhythm, sound, language, branding – everything was so Kenyan. I was so privileged. I think that was a highlight, especially in a market like West Africa.

When Emmy Kosgei left Kenya for Nigeria for love, it caused quite a furore. She was at the height of her career, as one of the most successful Kalenjin gospel artistes at the time. But she was a girl in love, her heart aflutter as she had found the man of her dreams, Nigerian Pastor Apostle Anselm Madubuko.

The publicity surrounding her marriage was also intense because of their age difference, but it has survived the test of time. The two celebrated their eighth anniversary on August 31.

As we spoke, she was the picture of contentment and elegance.

“I can’t complain. I’m grateful to God that marriage has treated me kindly,” she says with a laugh, a little flustered.

“I think being with a man that really appreciates me, appreciates what we are doing – supports what I do and has given me the freedom to chase my dream, to do what God has called me to be, in all spheres…I think from the time I got married until now, I’ve travelled the most globally, I’ve done a lot of things globally and within that period I have done a lot for my country. I’ve advanced and I would say that support system is what every woman needs.

“It’s a privilege in life when you get married to the right person. In terms of destiny and everything, to me it has been a plus. I think I am better in all spheres. I’ve grown spiritually and otherwise.”

She adds in jest: “He’s a blessed man to have me. Kenyan women are very good. People don’t know that, it’s just that sometimes you underestimate us!”

Marrying Madubuko was a leap of faith across borders. It was not something she had anticipated, she had not been thinking about marriage and it was quite a new relationship when she got into it.

“It wasn’t easy. I didn’t say I will just go. I panicked for a bit because I didn’t know what was ahead of me. I was in a place where marriage for me was not a priority. So, I was not under pressure, nobody was putting me under pressure, in fact that was the time I was really concentrating with my school and the children that I take care of.

His children accepted me

“So when he came, I really needed to do what we say — to pray about it. I think that putting it in God, I didn’t know what I was getting into. I didn’t know him much. We were not friends before. So it’s not like we had been dating for a while.

“When I went there I didn’t know the kind of ministry, the depth and the width of it, I had not encountered his children personally, so it was by faith but I was not scared. I had peace in my heart,” she says.

It ended up working out beautifully. Their mother had recently passed away but Madubuko’s children accepted her, and it helped that they were all getting used to a new normal together.

“Those kids had never lived in Nigeria, so we came at the same time. That exposure was so powerful. When you come into a marriage that has children it’s usually not easy to strike a balance but quietly we’ve been able to balance that, the ministry, and my own ministry. My husband travels a lot and because of our calendars we go to different places so we agree sometimes to go together.

“They really respect me. They call me mum. They give me my place. The first daughter has kids so we have grandchildren. They were born when I was there so they call me grandma. I’m in their lives,” she says.

But she is non-committal over whether they will have more children together.

“I don’t live with expectations. I don’t set bars, that by this year, by this year… I’ve learnt that our lives – it’s like we are acting a movie. God is directing everything. So the worst thing is life is to be under pressure. To me, when the right time comes, we embrace it.”

Being a pastor’s wife

Kosgei grew up in a pastors’ home — her mother is a pastor, her father is a bishop, her brother-in-law is a bishop and her sister is a reverend, so she was set on not becoming a pastor’s wife.

“I actually didn’t want it. Because I grew up in a pastor’s house! My mother is a pastor, my father is a bishop, my brother-in-law is a bishop, my sister is a reverend – I’m surrounded by pastors. I’ve grown in it. So I wanted something different – a quiet life. I never thought I would be in that position but I have come to appreciate it,” she says.

Their church has over 5,000 congregants, but they, too, have accepted her thanks to their culture, even if she was quite young when she first became their apostle’s wife. She has grown from being what she says was a shy singer, to now preaching and mentoring young people.

“One thing with West Africans is that they understand honour. They really respect my husband. He is a respected man. So if he says this is where he wants to go, everybody respects that. They support that and don’t fight that. So it has been a privilege for me to besides him, to support him.

“And to be able to be in charge of a whole ministry. It’s a new experience for me to have people looking up to me that are even older than me. And I still come to Kenya. I still do events and projects that I began,” she says.

How is the music industry over there?

Breaking through the West African industry for a foreign artist is difficult, but she has managed to make some headway and landed interviews, performed at concerts and even has songs playing on their TV and radio stations.

The main difference, she tells me, is policy. They play almost exclusive Nigerian content across the arts – from movies to music.

“No matter how good music from elsewhere may be, their policy is local content is the priority. Unlike us, who are open to any big song. They’re not into a lot of concerts, but when they do it, it is serious,” she says.

But they’ve grown to love hers too.

“I don’t know how to say it but I can say that they have embraced me. They know I’m not from there but they have embraced me as I am. My branding is the same as it was when I was here so it gives me an edge as I am different. I have done quite a number of interviews. I go for concerts. I have recorded with a couple of Nigerian artistes like Sinach,” she says.

Meanwhile, she continues to release new music. She regales us by belting out a few lines from her new song ‘Maloo’, available on YouTube. The song aptly means, ‘It won’t be long.’