Environmental Conservation can only be Achieved by Planting Trees, Says Lobby Group 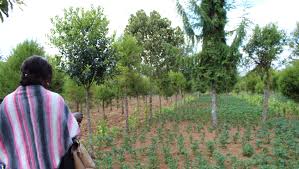 Civil Society Organizations have called on the Kenyan citizens to conserve forests while integrating community elders and traditional cultural practices in their efforts to conserve and protect water sources.

Mithika noted that from a climate change perspective, probably the usefulness of underground water across all the sectors of the economy is increasingly apparent due to the growing Loss and Damage witnessed across.

“Wetlands are disappearing, lakes shrinking pretty faster and water streams drying faster than normal due to extraction activities motivated by the need for adapting our production systems,” Mithika said.

However, it was noted that the number of undernourished people in Kenya has dropped in the past two decades because of government policies on the conservation of forests which is the main source of increased agricultural productivity.

Over 30 percent of Kenyans who used to suffer from famine and hunger can now meet their nutritional needs through irrigation which is the new coping mechanism in arid and semi-arid areas including parts of Turkana, Kilifi, and Tana River counties.

The Kenya National Council of Nongovernmental organizations chairperson Stephen Cheboi stated in the same forum that Civil societies have the mandate to create awareness to the public on the importance of forest conservation. 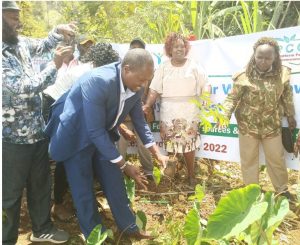 “We have the responsibility as Environmental CSOs to acknowledge the communities on the effects of deforestation otherwise the situation will worsen and people will continue to suffer like before. I want to retaliate the slogan of the vibrant environmental activist late Wangari Maathai; ‘If you cut one tree plant five’ for the coming generation,” commented Cheboi.

Cheboi further noted that the overarching message is that exploring, protecting, and sustainably using groundwater will be central to surviving and adapting to climate change and meeting the needs of a growing population.

James Kanyi, Programme Manager of Tujiinue Tena Programme, such resources as water sources have come under pressure from human activities which are also driving climate change.

“They would set aside a forest and put safeguards against exploitation,” he said adding that “even the Njuri Ncheke elders themselves are not allowed to cut a tree. If charcoal or firewood is needed to burn sacrifices, the elders would buy fuelwood or charcoal instead.”

Farmers in Kenya have also joined the government in the implementation of climate justice as many can comfortably practice agroforestry on large scale for commercial purposes.

“This is my ninth year since I started planting potatoes and Sukuma wiki for sale. I have taken my daughter to university through the money I collect from the sales of these products. When the government restricted the clearing of bushes, we were left with no option but to starve. We came to learn about crops that can survive under the trees and today I am a beneficiary of growing crops under trees,” said Rebecca Anyoso, a farmer in Timboroa Forest in Western Kenya.

Kenya which is among the nations listed in the middle-income countries has been coming up with ideas and programmes to cope with the changing climate including the Vision 2030 food security plan and the Galana Kulalu food project.

Forest conservation will as well see the country achieve the food security goal.