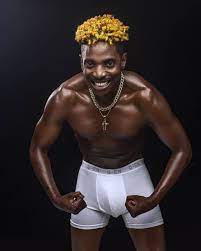 The self-proclaimed president of Comedy Eric Omondi has revealed why he did not publicize his show in Egypt.

The comedian says that it was his first show and did not have a big hall to accommodate all the Kenyans living in Egypt.

“People complained in Egypt because when I arrived in Egypt people did not know and only noticed after the show. Hatukuipublicize sana but now we want to publicize hii ya September because we are going to get a bigger hall and we are doing it bigger. I agree we did not publicize it so much as we should have done it,” Eric said.

According to the comedian, the show was a success and he will be hosting another show in Egypt again in September.

“kufanya comedy and that is why I am going back. The moment niliingia people just lost it and I have never seen so much love. A lot of people there wamekaa more than 14 years na wengine ata hawajawahi niona and they were very happy to see me,” he wrote on his social media accounts.