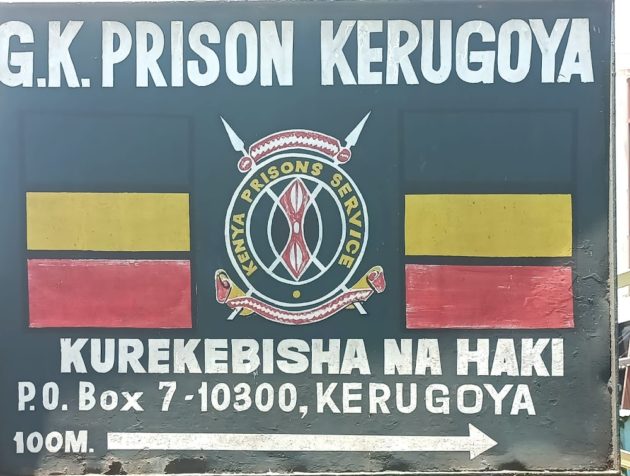 An inmate from Kerugoya Prison who escaped in an early morning incident has been recaptured by police.
Officers claim that the prisoner was with two of his accomplices who are still at large.
According to Kirinyaga County Commander Matthew Mangira, the two are still being sought after.

Commissioner of Prisons John Warioba visited the institution hours after the escape, which is the subject of an investigation.

He was interested in finding out, among other things, what conditions made it possible for the two to flee.

According to officials, the two are accused of killing a student at Kirinyaga University early this year and then being held there while also being charged with murder and robbery with violence.

They were to appear before the Kerugoya High court on Tuesday.