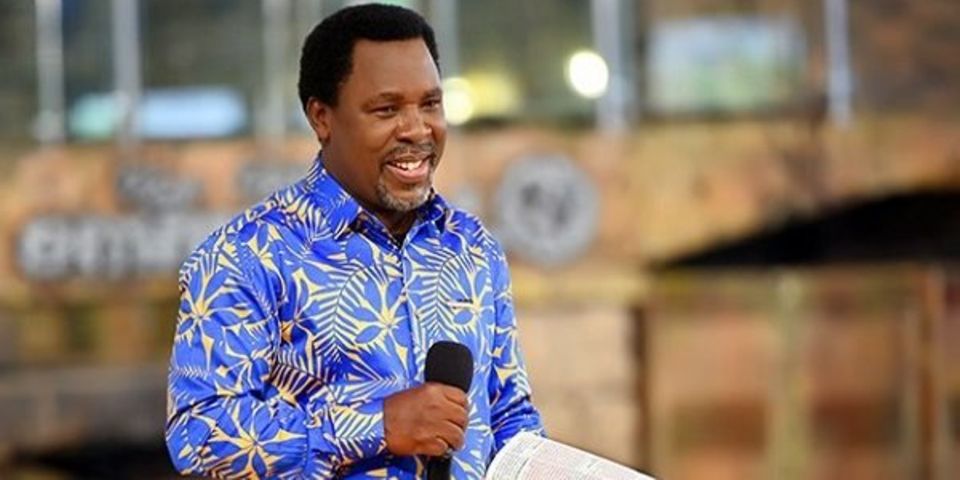 Temitope Balogun Joshua, commonly known as TB Joshua, said that when he was born on June 12, 1963, his mother had carried him in her womb for 15 months. This strange anecdote is just one of many outlandish claims he made that adds to the controversies that have littered the life of one of Nigeria’s famous clerics.

Leading a life of grand sermons, exorcism and performing ‘miracles’, all while amassing millions of followers, the televangelist, 58, pleased and irritated the public in equal measure.

When his death was announced on Sunday, his followers described the founder of Synagogue, Church of All Nations (SCOAN) as a father figure who supported many including widows and orphans.

But in spite of the outpouring of condolences from Nigeria and the rest of Africa, there was notable silence from two key pillars of the West African country’s Christian community – the Pentecostal Fellowship of Nigeria (PFN) and the Christian Association of Nigeria (CAN) – who are yet to commiserate with the family.

Certainly, the feud between TB Joshua and leaders of other pentecostal churches still rages even after his death. His claims of possessing healing powers and the gift of prophecy, which boosted his followership immensely, pitted him against his peers in the echelons of CAN and PFN.

Both national Christian organisations refused to admit Joshua’s church, established in 1987, to their fold.

At some point, the cleric claimed that he could heal all sorts of incurable diseases, including HIV/Aids and cancer, which the leadership of several mainstream churches considered irresponsible and possibly fake.

But despite this, many, including celebrities in and outside Nigeria, testified to the potency of Joshua’s healing powers. For instance, it is reported that Ghanaian human rights lawyer Kwabla Senanu claimed he was delivered from a spiritual problem by TB Joshua. Similarly, Ghanaian musician Denise Williams also said she was delivered from a demon that had pushed her to become a drug addict and have suicidal thoughts.

‘Son of the devil’

Even with these testimonies, Joshua was publicly condemned by several prominent pastors in Nigeria, including Pastor Chris Okotie, a musician turned church leader who described him as a “son of the devil”.

CAN and PFN both acknowledged Joshua was not a member of either organisation and denounced him as an “impostor”. Some notable church leaders and founders also publicly denounced him.

A major stain in Joshua’s career as a spiritual leader was the September 12, 2014 collapse of a sprawling guesthouse being constructed within his synagogue that killed 116 people, most of them South Africans.

The Lagos state government accused the church of erecting an illegal structure that had not been approved. Joshua was also accused of offering bribes to journalists to report on the tragedy favourably.

As the government and some families of victims dragged Joshua to court over the incident, rival pastors lampooned him and likened the incident to ritual sacrifice, but he survived the scandal.

Many of the victims’ families are still searching for answers to date. But even in spite of this, Joshua’s church and popularity continued to grow, with reportedly thousands of worshippers at each service. The church’s popular television station, Emmanuel TV, with one million subscribers, was yanked off YouTube in April 2021 for hateful preaching.

Joshua was a recipient of Nigeria’s Officer of the Order of the Federal Republic (OFR) in 2008 and is captured by pan-African magazines as one of the continent’s 50 most influential people.

READ ALSO  The charm of Githurai and why politicians love it

When he died, he was considered one of Nigeria’s richest pastors, with Forbes estimating his networth to be more than $15 million in 2011.

He has donated relief materials to assist nations in distress, floated scholarship schemes, initiated welfare programmes for the poor, and provided healthcare for many. The site of SCOAN in Lagos has, since June 5 when Joshua died of cardiac arrest, become a mecca of sorts for thousands of his followers, sympathisers, mourners and visitors.

Even President Muhammadu Buhari noted that the renowned televangelist will be missed by his followers all over the world not only for his spiritual contributions but also for touching many lives through philanthropy.

Ms Martha Geyus, a resident of Sabon Gari in Kano, North West Nigeria, said: “The news of the sudden death of a man of God like Prophet Joshua, really hit us hard and many people still find it difficult to believe.”

Mr Lekan Adebo, a printer, said: “It is God’s time and when God calls someone there is nothing that can be done about it. We have all heard of the man’s humanly contributions to Nigeria and the African nation as a whole, in one way or the other.”

The chief whip of the Nigerian Senate, Senator Orji Kalu, in a condolence message, said Joshua was popular beyond the shores of Nigeria and would be greatly missed by his followers.

“He was committed to spreading the gospel of God through his religious and philanthropic platforms. Pastor Joshua was simple, kind-hearted, generous and easygoing. He played a key role in human capital development through philanthropy and counselling.’’

Prof Ajayi Boroffice, the deputy majority leader of the Nigerian Senate, said the cleric’s death was a great loss to Ondo state, where he was born.

Joshua, the lawmaker said, lived an impactful life and “we are consoled that his legacies, in evangelism and humanitarian services, will outlive his demise.”

‘Who will clothe me?’

Flags at the Lagos-based church now fly at half-mast, with mourners milling around to pay their last respect.

“My father is gone. Who will clothe me? Who will I brag about?” an unidentified tearful woman said.

Another admirer, Kunle Biyi, said: “Why will he die alone? He must go along with all of us.”

Referring to the district of Lagos where the church is located, he said: “Ikotun is dead. Who will revive it? My prophet cannot go like this.”  The pastor, who was confirmed dead in a hospital early on June 6, is reported to have left a service midway on Saturday night to go rest in his apartment when he started feeling uncomfortable.

Lagos police commissioner Hakeem Odumosu recalled receiving the news of the pastor’s death: “I had to quickly get in touch with his family and it was confirmed that the pastor died in a hospital at 3am.’’

“His people thought he probably wanted to rest or refresh but when they didn’t see him after a long while, they went in search of him and found him in an unusual position.’’ Notable members of the church have been meeting to anoint his wife Evelyn as the new leader of SCOAN.

He is survived by his wife Evelyn, who will likely be annointed as the new leader of SCOAN, and two children.