Ex-KTN news anchor speaks about cheating on a man, getting pregnant 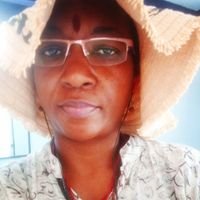 “He had a slight hunch back, a protruding tummy, his face was long, puffy, and his head was bigger than his body. His entire front teeth were decayed,” Aida describes.

Former KTN news anchor Aida Muturia has opened up on living a life of fame, luxury and finding love.

In an in-depth piece on the Daily Nation, the former business news anchor says being in the limelight exposed her to different suitors.

One persistent suitor was a man she calls Saraswati who treated well, taking care of her bills, and taking her for dates at expensive hotels.

According to Aida, it took many flowers, chocolates, and wine gifts for her to agree to meet Saraswati.

When they met for the first time, she was not impressed by Saraswati’s physical appearance and his Kikuyu accent.

“He had a slight hunch back, a protruding tummy, his face was long, puffy, and his head was bigger than his body. His entire front teeth were decayed,” Aida describes.

However, she, later on, assumed the looks of the wealthy man and decided to love him the way he was.

Their relationship got more serious, and the two started staying together in a leafy suburb in the city.

This is when Aida realized the man was not only physically unattractive but also ‘sexually challenged’. He had premature ejaculations.

Sexually unsatisfied, Aida says she fell into the arms of another man she calls Maloy.

The two had a secret affair that went on for years before her husband Saraswati found out about it.

She fell pregnant for the side guy, prompting Saraswati to ask her to move out of their house.

READ ALSO  Grace to grass: From photographing Chandaria to selling masks in town

‘He loved my family and Ivanna,’ Betty Kyallo mourns chef