EXPLAINED: Why Polygamous and bigamous Kenyans can't become US Citizens, could face deportation 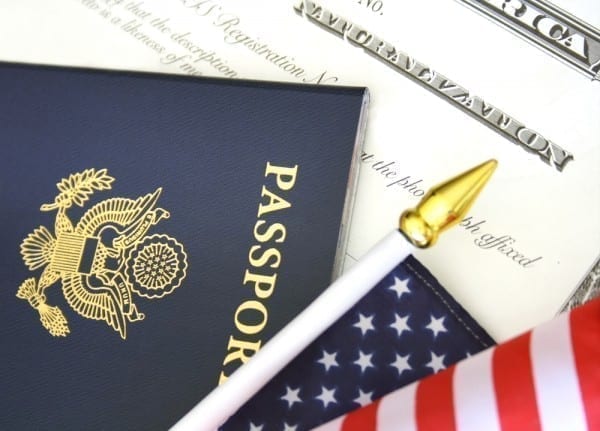 U.S. immigration law frowns on being married to more than one person at the same time, and prohibits both bigamists and polygamists from becoming naturalized citizens. Practicing polygamy as a legal permanent resident can lead to deportation, as can a criminal conviction for bigamy.

Many people think bigamy and polygamy mean the same thing (which they don’t); others find them confusing. In fact, so many people didn’t understand the word ‘polygamy’ that U.S. Citizenship and Immigration Services (USCIS) stopped using it on the N-400 Application for Naturalization form (N-400) more than ten years ago. Instead, the form now asks whether the applicant has ever been married to more than one person at the same time.

Most people will simply check “no” in answer to the simplified question, and that will be the end of the issue for them. Other people—accidental bigamists, or immigrants from nations where polygamy is legal, for instance—will answer “yes,” and give an explanation.

But a growing number of immigrants may honestly answer “no” to this question, and still find their application denied on the grounds that they are practicing polygamy. For that group of people in particular, it is extremely important to understand both terms and how they are interpreted by USCIS.

USCIS defines polygamy as “the custom of having more than one spouse at the same time.” (This comes from the USCIS Policy Manual.) It describes situations where all the parties to all the legal marriages are fully aware of all the marital relationships and deliberately chose to practice polygamy for cultural or religious reasons.

Under the regulations, polygamy is a problem if have have practiced it in the past or are currently practicing it.

You cannot be considered a practicing polygamist unless you belong to a culture or religion that recognizes the custom of polygamy; but in that case, if USCIS becomes suspicious, it can look at all your sexual and household relationships. As USCIS defines polygamy, it doesn’t matter whether or not you are legally married to the people who share your polygamous relationships.

For example, a refugee who was practicing polygamy before he immigrated will be required by U.S. immigration law to designate one wife as his legal wife to accompany him to the United States. Years later, after becoming a U.S. citizen, he might divorce that wife, and marry the woman who was formerly his second wife, in order to petition for her (on Form I-130) to immigrate to the United States.

Bigamy is the crime of being intentionally married to more than one spouse at a time. To commit bigamy in the U.S., you would have to first legally marry one spouse, and then apply for a second or third license to marry someone else, and follow through with that second (or third) marriage ceremony, all without first obtaining a divorce from the first spouse.

Intentional bigamy is a crime; it virtually always involves lies and deception. Most intentional bigamists have lied to one or both of their spouses, hiding the fact that they are married to two or more people at the same time. Intentional bigamy, even if you have not been convicted of the crime of bigamy, will bar you from having the good moral character required to naturalize.

And even unintentional bigamy can block you from becoming a U.S. citizen, unless you take steps to fix the situation.

Special Concerns for Immigrants From Countries Where Polygamy Is Legal

Because USCIS defines polygamy as a religious or cultural tradition, USCIS examiners are taught to pay particular attention to the possibility that an immigrant from a country where polygamy is or has recently been legal may still be practicing polygamy. Although refugees and immigrants are all advised that polygamy is illegal in the United States, some immigrants are continuing this practice nonetheless. (See, for example: In Secret, Polygamy Follows Africans to N.Y. and Some Muslims in U.S. Quietly Engage in Polygamy.)

USCIS examiners reviewing an application for naturalization will take an especially close look where an immigrant was practicing polygamy before immigrating or is from a country where polygamy is practiced.

The most common way USCIS officers have of spotting polygamous relationships is by paying attention to when and where children are born. The N-400 form requires that all children be clearly listed and their relationship to the applicant noted.

USCIS officers are also trained to pay attention to requests for legal name changes that appear unusual, particularly when the applicant is a female seeking to change her surname. A change of surname can signal to the USCIS officer that the woman is in a non-legal marital-type relationship.

Meet Eric Kneedler, the interim US Ambassador to Kenya

REVEALED: Why Kenya Airways has suspended flights to Amsterdam and Paris