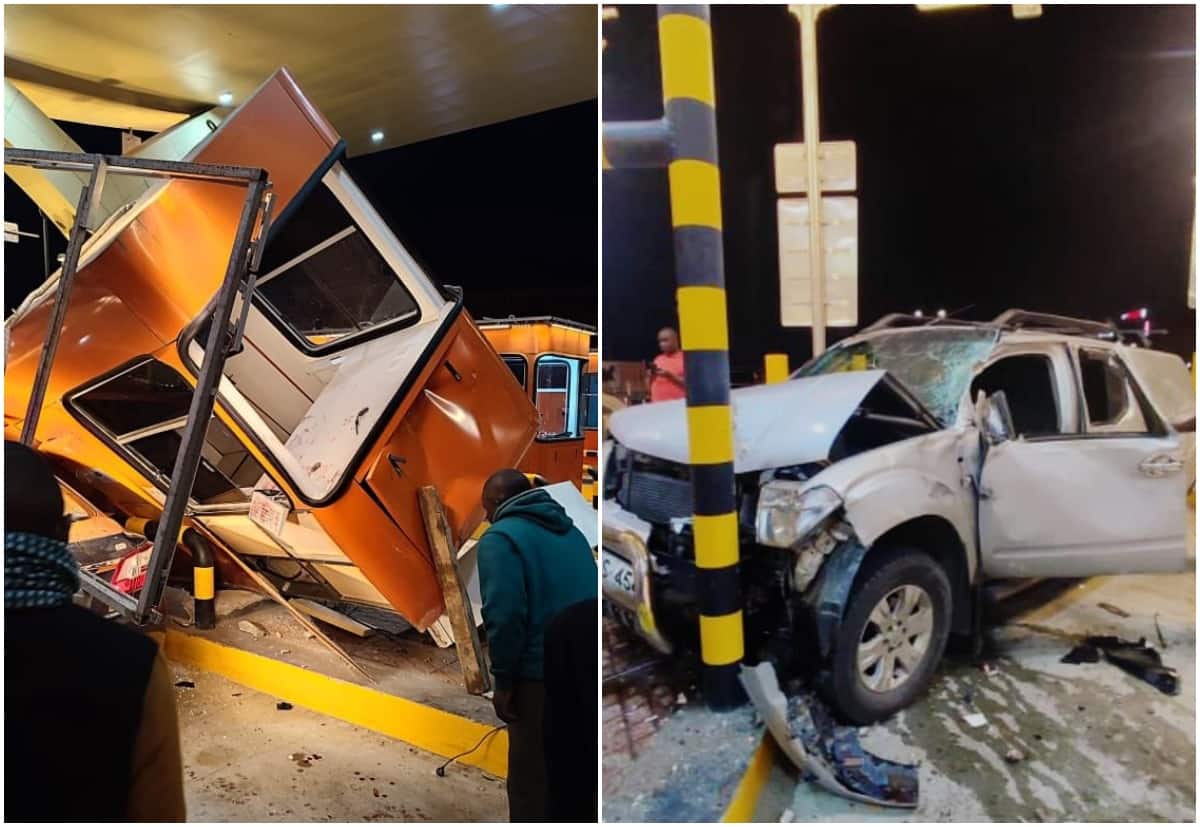 The design of part of the Nairobi Expressway that has experienced two major accidents in the past two weeks is being called into question.

Injuring about 20 persons and causing extensive property damage on Monday night, a speeding bus hit a private vehicle before flipping over at the Mlolongo toll station.

The latest collision severely destroyed a booth at the four-lane, Sh73.5 billion dual road, which President Uhuru Kenyatta formally unveiled in May.

An Embassava Sacco bus struck a waiting Toyota Prado TX at the exit around 7:30 p.m., which was the second accident to occur in less than two weeks.

A private car was sent rolling multiple times by the bus, according to a National Police Service traffic update.

While speeding and suspected drunk driving were blamed for the first fatal accident, Monday’s disaster has been linked to speeding and a potential mechanical issue with the bus. 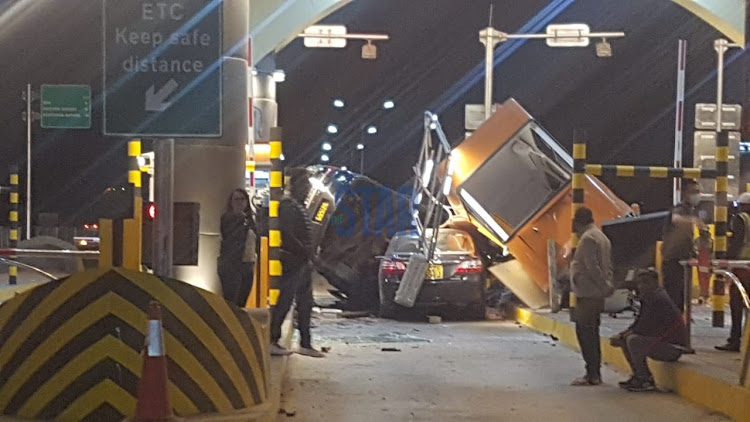 The crash at the Mlolongo toll booth on June 25 resulted in one person dying and several others being hurt.

The deceased was said to have slammed into other vehicles and a toll booth as they were attempting to leave the toll station at high speed.

“The motorist crashed into the toll plaza and ran over other vehicles that were being cleared to exit. Consequently, the vehicle knocked one toll booth and injured one toll attendant besides the other motorists,” KeNHA said of the accident.

Samuel Kumba, a spokesman for KeNHA, stated yesterday that the government is awaiting word from the Moja Expressway management on the steps that would be taken to resolve the problem.

According to reports, engineers are now concerned about the particular part of the road that, if not modified, could lead to more issues.

Sources state the management of Moja Expressway, which also oversees the Nairobi Expressway, has already expressed its concerns to the relevant authorities and companies.

“It is a safety concern that has been raised with the relevant authorities. As you approach the last station to the exit, vehicles ascend which partially obscures the driver’s view.