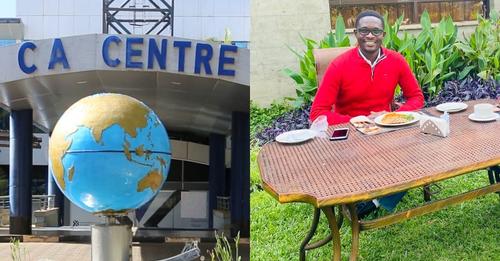 Chiloba, a native of Trans Nzoia county is the immediate chief executive officer of the Independent Electoral and Boundaries Commission (IEBC).

In a statement on Tuesday, September 28, the board chairperson Kembi Giturasaid Chiloba would be at the helm for a renewable term of four years.

He will take over from Francis Wangusi, who was controversially hounded out of office during his second term in 2019.

“The appointment follows a competitive recruitment process to fill the position left vacant with the retirement of the former Director General, Francis Wangusi,” Gitura said in a statement seen by TUKO.co.ke.

Taking their sentiments to social media platforms, Kenyans said the integrity of the former CEO was questionable, adding it was absurd that he had gotten another government job.

Chiloba was fired from the electoral body in 2018 following his suspension to pave the way for an audit to trace the misappropriation of funds in the 2017 General Election.

Chiloba then confirmed he had been sacked through a letter signed by IEBC chairperson Wafula Chebukati saying he was not surprised by the decision.

“My employment with IEBC has officially been terminated. This doesn’t come as a surprise to Kenyans who have been monitoring events at the IEBC in the last six months. The outcome was already predetermined and the process was a mere formality,” he said.

Chiloba said he was sacked on the grounds of missing two summons by a disciplinary committee, further citing malice and a conspiracy by Chebukati and other commissioners to have him gone.

In late December 2020, Chiloba was appointed to the Youth Enterprise Development Fund Board in another move that angered a section of Kenyans.

His appointment was made by Information Communication and Technology (ICT) Cabinet Secretary Joe Mucheru on Thursday, December 31.

Some Kenyans condemned the “recycling” of former government officials while hundreds of thousands of youths were still languishing in unemployment.