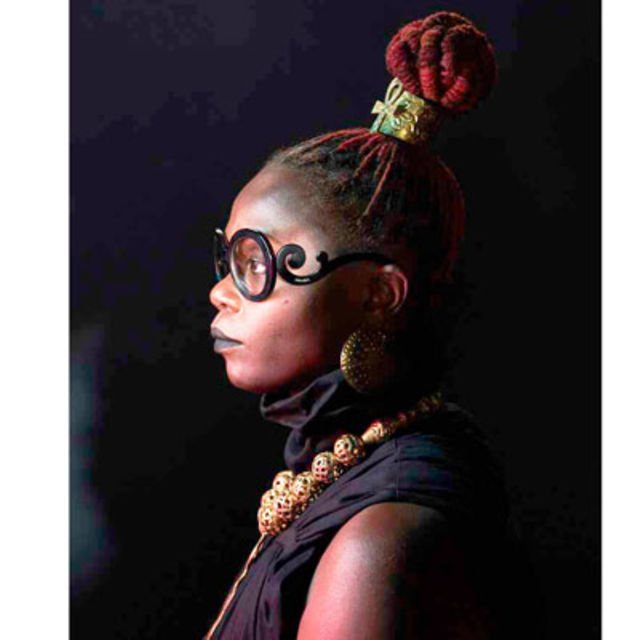 Only a school drop-out born of professors understands the pressure that comes with it.

But the sassy United States-based Kenyan Caroline Wanga dusted herself from an early setback to earn a degree and 10 promotions up the corporate ladder in 13 years.

Essence is an independent black-owned consumer technology company focused on merging content, community, and commerce to meet the evolving cultural and lifestyle needs of people of colour.

“Caroline will work with team leads across the organisation and run the day-to-day operations as well as oversee the independent review process,” the company announced on their website.

Caroline said of her appointment: “I could not be more excited for the opportunity to lead this cornerstone of black culture into its next phase of growth, innovation and impact alongside this incredible team of accomplished women, particularly in this time of national and global reckoning on the systemic injustices that we face as black women and as a black community.”

She will be in charge of Essence magazine, the publication that featured the Kenyan-Mexican actress Lupita Nyong’o in 2016. The magazine targets African-American women and covers fashion, entertainment, beauty and culture.

Born in Kisumu 43 years ago, Caroline talked to the Sunday Lifestyle about her journey of ebb and flow, at home and abroad, being a teenage mother and college drop-out, all that hardened her already inspired self and earned her the zeal, laced with finesse to set her eye on whatever prize and win it.

She was raised at the precincts of Kenyatta University, where her professor parents; Dr Pamela Obondi-Wanga from Kisumu and Dr Lucas Wanga from Mumias, Kakamega County, used to teach.

She says she enjoyed an environment which fostered academic excellence and the best of human character, which infused a belief that she could do anything she wanted.

“In hindsight, that foundation is still part of who I am today,” Caroline remarked.

She schooled at Kenyatta University Primary School then moved to the US in 1988 with her mother and three brothers to join her father, who was attending the University of Minnesota for his doctorate degree in educational psychology.

Growing up, she had several, diverse aspirations throughout her childhood — a pastor, doctor, Olympic heptathlete and other media unrelated professions like police officer, teacher, lawyer, interior designer and a camp counsellor.

She missed all that, landed a business course, and ended up peaking in the media industry. Because her zeal knows no boundaries.

“I have the unmitigated gall to believe in a future for myself that others may not be able to see and encourage others to believe the same about their future,” says the woman whose life slogan is “who you are is non-negotiable”.

Aside from her recent achievement, she has been named a top executive in corporate diversity by Black Enterprise and one of Savoy’s most powerful women in corporate America. She is also a member of the Executive Leadership Council (ELC), the Talladega College Board of Trustees, and the Intersectionality, Culture, and Diversity Advisory Board for Twitter.

She is also a former co-chair of the Retail Industry Leaders Association (Rila) Diversity and Inclusion Initiative.

She has so much on her plate, including public talks to inspire youngsters, but she still finds time for fun, including listening to Kenyan music.

“I am obsessed with Afro-beats and specifically anything by Nyashinski,” she stated, adding that she misses home.

“Food…food…food! Ugali, sukumawiki (kales), nyama choma (roasted meat), nyoyo (githeri), chapati, ndengu, maandazi, kachumbari, samosas, chai, sugar cane, I could go on and on,” she responded when asked what reminds her of her motherland.

Landing in a foreign country as a teenager, Caroline struggled to fit into a new system while undergoing ordinary adolescence challenges. She was in her first semester of college on a track scholarship when she became pregnant. She gave birth to her daughter Cadence in 1995 and in order to care for her, she dropped out and started working full-time in the non-profit sector.

“I became a mum before I became a legal adult. While there was understandable concern and disappointment about when I became a mother, I also know it is what gave me the added grit and durability to hold on to my aspirations as I negotiated different paths to get there, now that I was a mother,” the introvert stated.

Her strength was her immediate, extended, and “chosen” family as they all played integral roles in her motherhood and adulthood journey.

“Cadence grew up with her and although the journey has had its definite highs and lows, we are a stronger unit as a result of the journey. I wouldn’t say Cadence and I beat the odds, I would say we redefined them and developed an unspoken covenant that has fuelled our life journey collectively and individually,” she said.

It was Cadence who responded to our e-mails on her mother’s behalf. She introduced herself as Caroline’s manager for speaking engagements.

And her account sign-out indicated that she is a co-owner of WangaWoman LLC. We later learnt of their relationship and that they co-own WangaWoman, an organisation they started with a vision to create a world where authenticity is democratised.

Dropping out of college presented one of the most tumultuous rides of her life. In her attempt to run a full-time job and be a young mother, she could not fit into the many different colleges and university programmes where she thirsted for an undergraduate degree. The struggle was just too much and she kept dropping out, one school after another.

“Both my parents have their doctorate degrees and so the importance of education is prominent in my family,” she noted.

“The supplemental transportation, meal, and housing support they provided allowed me to be a full-time student and full time mother, with less need to work full time so I could complete my undergraduate degree in Business Administration, which took two and a half years,” she recalled.

There was no turning back for the woman who describes herself an intellectual flatulence, as evidenced by her illustrious career.

Fervent to make it, she started as an intern with the Target Corporation, a distribution company, at one of their centres in Tyler, Texas. She continued in a variety of supply chain transformation roles as well as transformational leadership roles; human resource, business intelligence, digital and strategy capabilities.

This led to a serving as Target’s chief culture, diversity and inclusion officer, where she was responsible for Target’s strategic intent to champion an inclusive society with accountability for inclusive guest experiences, a diverse and inclusive work environment and societal impact.

“I also had responsibility for reshaping Target’s organisational culture. My journey with Target has two main themes. The first is a willingness to do something new and the courage to fail as I learned. I was not technically qualified for any of the roles I served in, however great leaders and mentors saw potential and raw talent in me and guided me through each transition with the patience and the belief that I would learn the technical over time. I am eternally grateful for each one of them and pay it forward to others whenever I have the opportunity to do so,” she said.

Her recent milestone places her on the map as one of the faces of successful black women in the US. She describes it as humbling.

“I have been blessed to be surrounded by strong black women my whole life. From my mum, to my aunts, cousins, daughter, friends, colleagues, leaders, and mentors – I do not take it lightly and understand the obligation I have to pay it forward and represent a real black woman who has existed in the trials and triumphs of life and consistently practices failure recovery,” Caroline said.

“I want every imperfect Black girl and woman out there like me to have an audacious personal agenda fuelled by their personal and professional purpose, but defined by progress, not perfection,” she added.

Her leadership philosophy is steeped in helping others find their purpose, pursue it indignantly, and leverage it to impact the world. And she stands for authenticity and giving equal chances.

The apolitical trailblazer believes that although black women have been changing lives, communities and the world since the beginning of time, they most often go unrecognised for it.

This profile would be incomplete without mentioning Caroline’s taste for fashion, particularly African-wear. In most of her pictures and videos, she adorns vitenge, accessorised with bead-wear and matching spectacles of round frames accentuating the look. Her imposing teeth-gap is a permanent adornment. A chin-up completes her look.

Asked how she accesses Africa-wear, she replied, “The beautiful thing about technology is that what is possible isn’t limited by what is immediately available. There are several African enterprises in the US that make a lot of traditional items available, but I also directly engage with many businesses based in Kenya and other African countries directly.”

What drives this spirited woman? Her mission to thrive!

“Leaving this world with nothing left in my mind and in my heart by giving everything I can to help fulfil my purpose in this world, as illustrated by Maya Angelou who said, ‘My mission in life is not merely to survive, but to thrive; and to do so with some passion, some compassion, some humour, and some style’.

“I am also passionate about self-compassion, as illustrated by Audre Lourde who said, ‘Caring for myself is not self-indulgence. It is self-preservation and that is an act of political warfare,’” she said.

The disruptive role of social media on the traditional newsrooms in the age of technology has been apparent, but like many other establishments in the industry, Essence is making adjustments that positions them to a point of advantage.

For instance, the annual virtual Essence Festival of Culture, deemed as the world’s largest cultural, entertainment and empowerment experience, has gone virtual, with celebrations spanning several days since it’s online.

The 2020 festival that took place over the July 4 weekend in New Orleans was the first of its kind and scale to be executed virtually during the pandemic.

The event — which annually draws more than half a million people — extended its reach, engagement and impact via enhanced technology and streaming capabilities to touch more people globally.

“The social media has sped up the flow of information, to the largest of audiences, with the blurriest of lines on what is fact and what is not, and the information is old as soon as it is live. Its presence has challenged the agility of traditional media operating models and we continue to learn more about how it manifests,” Caroline observed.

They have now spread their tentacles to multiple platforms in their bid to strengthen their role of empowering millions of black women in diaspora; spotlighting how she navigates love, relationships, entertainment, fashion, beauty, lifestyle, travel, faith, and home, through the lens of culture.

And to foster equity, Essence programmes build a black woman’s acumen and prepare them to deal with the outcomes related to economic stability, education, employment, health, justice, and civic engagement.

Ultimately, they celebrate their individual and group accomplishments through storytelling, recognition, and gatherings.