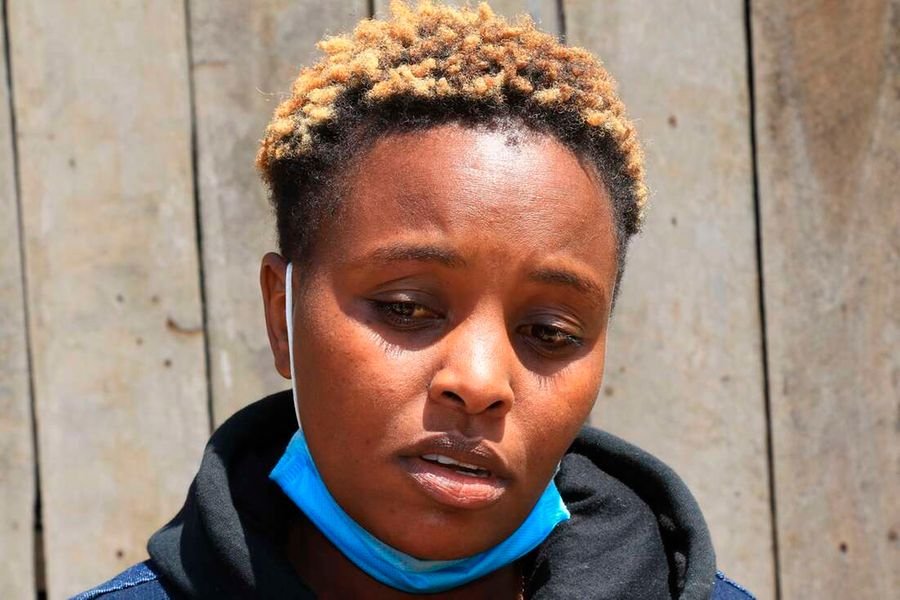 One of the five men abducted in Nyeri and Nyandarua two weeks ago had complained Kenya Wildlife Service (KWS) officers were after him, even as a sixth victim was seized by gunmen in Meru

In a sworn affidavit before High Court in Nyeri, Ms Phoebe Muthoni, the wife of Isaac Mwangi, claims that he was fearful for his life and believed KWS rangers were hunting him.

She says that following an attack on him by men said to be game rangers on December 27, 2020, he had confided in her that KWS officers were after him and informed her that if anything were to happen to him, they should be held liable.

Ms Muthoni had earlier told the Nation that her husband had been assaulted at his entertainment joint at Castle area in Naromoru, Nyeri County.

Mr Mwangi was abducted on June 27, as he was travelling together with his wife and their daughter to Nyahururu.

He was the first of five men to be abducted by the same gang between June 27 and June 30.

Families of four of the men moved to court last week and filed a habeas corpus application seeking to have the court compel security agencies to reveal if they were being held by the State.

For a habeas corpus application to be successful in court, the applicants, in this case the families of the missing men, must provide evidence that the suspects had been in police custody by the time they were discovered missing.

Ms Muthoni, Mr James Kihugi cousin to Wairimu and Charles Muraguri brother to Wanjohi and Ngacha moved to court suing on behalf of the victims.

KWS, the Directorate of Criminal Investigations (DCI) and the Inspector General of Police are listed as the first, second and third respondents respectively.

The family of Guandaru who was abducted in Nyeri town have distanced themselves from the suit saying they are betting on God and police to locate their kin.

Justice Muchemi also ordered the state agencies to appear before court during the hearing of the application to give evidence on why they can’t avail the missing men.

Through lawyer Muhoho Gichimu, the relatives told the court their kin were arrested by officers of the three respondents.

At the same time a family in Muriri market, Tigania East, Meru County is in distress after their kin was kidnapped and has not been traced for the past 10 days.

Mr Peterson Mutwiri Mwirigi, 30, a contractor was grabbed by three burly men outside a local hardware store on July 2, 2021, as he bought tiles at around 1pm as members of the public watched.

And when other shoppers started screaming, one man brandished a gun, sending them scampering for safety.

The daring abduction was carried out about 50 metres from the Tigania East sub county headquarters which houses the local deputy county commissioner and dozens of police officers.

The kidnappers had arrived at the nearby Birothe Summit Restaurant and night club at around 9am and ordered tea and eggs.

The victim’s distraught wife Agnes Kathoni told the Nation that his husband usually leaves for work at 8am and passes by the popular hotel situated along the Meru-Maua road, 26 kilometers north of Meru town.

It is near this spot that the men abducted him as he paid for tiles for a building under construction at the nearby Muthara market.

“A man was standing behind him as he picked the tiles while another stood by. The other one was inside a vehicle parked outside. They all wore dark glasses,” said a witness.

Now, his family is relating the chilling encounter to the kidnappings in Nyeri. Ms Kathoni said her husband had talked about it on the night before he disappeared.

She said Mr Mutwiri, who hails from Narumoro, had appeared bothered by the apparent disappearance of Mr Mwiti on June 29, and had asked his wife to pray for his safe return.

He had relocated to Ametho area of Meru in 2017 where he started off as a mason, before moving to Muriri in 2019.

“At around 9pm, he had asked me to pray for his friend by the name Mwiti who he said had gone missing and had not been heard from. He requested that we pray for him and the family. Immediately he talked about it, he broke down and cried uncontrollably. He did not even eat anything. In the morning, he reminded me about the same and shed tears,” she recalled.

Her in-laws in Narumoro reportedly confirmed the disappearance of Mwiti, and informed her that three other men from the village had vanished without trace.

“I saw two of the missing men in Tuesday’s Daily Nation but Mr Mwiti was not among them. His father told me that four other men had disappeared the same way. His home is near KWS offices,” she said.

On the day he disappeared, Mr Mutwiri was wearing a grey t-shirt, maroon pullover, black trousers and black and white sports and had not carried his identity card and job cards.

His motorcycle was abandoned outside the hardware store.

The ardent member of the African Independent Pentecostal Church of Africa usually got home by 9pm and his circle of friends mainly included his construction workmates.

He last visited Narumoro in August last year but has been communicating with relatives on the phone.

Ms Kathoni says she was spending sleepless nights, while her children, one of whom turned seven months on the day he was seized, keeps asking for his whereabouts.

“I pray that the police can give me any information to help me know where he is, now I am in the dark. We are waiting on God to return him safely,” she appealed.