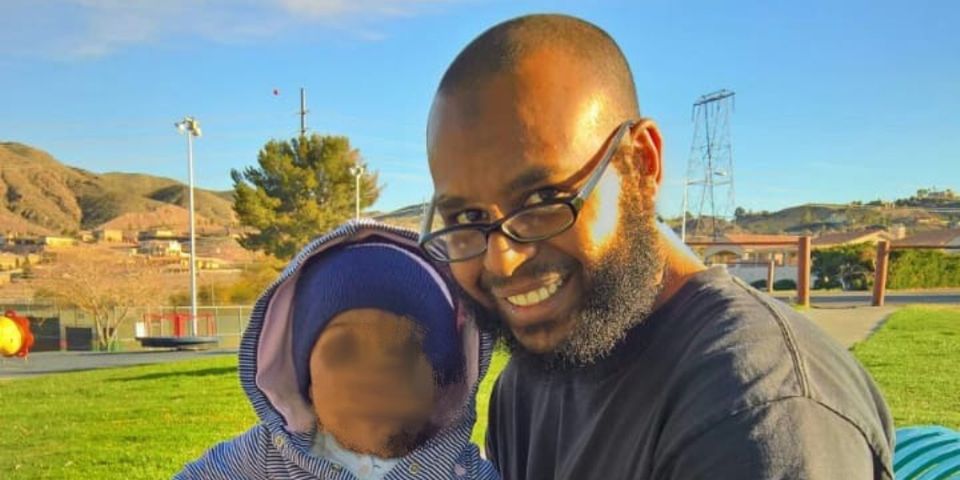 “Where is my son? Is he still in the hands of Kenyan security agencies? Did he encounter some sort of accident that made it impossible for him to trace his way back home?”

Mr Taimur, 39, the second-born in a family of three, had just appeared at the Kahawa Law Courts in Nairobi on that fateful day before he was released in the absence of his family.

The family has not seen or heard from him since.

Mr Taimur had been arrested by Anti-Terror Police Unit (ATPU) officers near Lamu on June 11 only for his family to be told by security agents that he had been on police radar for a while.

The family lives near Papa Remo Hotel, on the outskirts of Watamu in Kilifi County.

Speaking to Nation.Africa on Tuesday, Ms Hussein said when her son was arrested, ATPU officers beat him for allegedly resisting arrest.

He was arraigned at the Lamu Law Courts on June 14, charged with terror-related offences and resisting arrest.

Mr Taimur had a broken finger and stitches on his head, his arm was in a sling and he was limping when he was brought to court, Ms Hussein said.

Though the charges were dropped on June 18, officers requested that Mr Taimur to be transferred to the Nairobi ATPU for further investigations.

“After the Lamu charges were dropped, the investigating officers insisted that they take Taimur to Nairobi ATPU headquarters. They then disappeared with him for three days,” she said.

“All this while, they didn’t allow him to use his phone to at least update us on his whereabouts. He was later taken to the Kahawa Law Courts in Nairobi on June 21. The officers still asked for more time and were given until June 28.”On June 28, she said, ATPU officers were again ordered to release Mr Taimur unconditionally.

“He was to go back to ATPU officers for a final exit interview before release. In fact, I was to meet him at the ATPU offices before his release. When I showed up, I was told he had been let go 30 minutes before,” she said amid sobs.

Ms Hussein added: “The officer in charge, however, claimed to have confiscated Taimur’s phones with the promise that he would go back for them on July 2. But I have not been able to trace my son despite their insistence that they had released him.”

Ms Hussein, a retired businesswoman, said the disappearance of her son has weighed heavily on her health as she already suffers from high blood pressure.

“I can’t eat, sleep or concentrate anymore. I just need my son back. I appeal to the State to help me trace his whereabouts. I need him whether alive or dead so that the pain in my heart can be relieved,” she said.

Mr Taimur’s young sister Fauziya Hussein, 30, a hotelier in Nairobi, said her family had been to all police stations in the Coast region and Nairobi.

The family even searched for him in mortuaries, with no luck.

Ms Fauziya said the family had filed a missing-person report at the Capitol Hill Police Station in Nairobi under OB number 16/30/06/2021 but had not received any news.

She said only security agencies and the State are better placed to explain Mr Taimur’s disappearance.

Ms Fauziya described her brother as a silent and peace-loving person. “We have followed all channels, including filing an application at the High Court to get the ATPU to produce my brother dead or alive or at the very least produce CCTV footage of his alleged release,” she said.

“The ATPU claim the footage was erased as it’s normal procedure for them to do so after every 24 hours. We don’t believe this. As a family, we’re suspicious something fishy is happening.”

Mr Kinuthia said he could no longer concentrate at work or sleep and thinks about his brother wherever he is.

He urged the government to release Mr Taimur or at least inform the family of his whereabouts.

He expressed disappointment with the way the government was dealing with Mr Taimur’s case despite numerous efforts they have made as a family to find him.

“My brother’s case isn’t the first one. We have so many families whose kinsmen have been missing for years just like that in the hands of our security agencies,” he said.

“I plead with the government to clarify whether and why security agencies are complicating Taimur’s matter yet the courts ordered his release after the charges were dropped. My brother is innocent.”

The family accused security agencies of targeting innocent Kenyans in the war against terrorism.

They insisted their kin is not a terrorist or involved in any terrorism activities.

“He has been working hard to get back on his feet in Kenya after failing to complete his studies in the United States four years ago due to financial challenges,” Mr Kinuthia said.

Mr Taimur was born in Mombasa in 1982 and raised in Nairobi.

He went to Nairobi Primary School before joining Upper Hill Boys High School as a day scholar where he scored an A- in the KCSE exam in 2000.

He later completed an information technology course at INtel College in Nairobi.

In 2004, he went to the US to study for a degree in information technology at Washington State University, but he faced financial challenges and dropped out of college.

At some point that year, he was detained at a US immigration facility for three months before obtaining a work permit with the help of a lawyer.

He then worked at IBM, a job that enabled him to proceeded with part-time studies.

But in 2018, he returned to Kenya, having decided that he had been away from his family for too long. He had left IBM when his contract ended and did not want to deal with immigration problems again in the US.

Mr Taimur disappearance, he said, is one such case where someone was last seen in police custody before they vanished.

“This is an open case of how security forces use extra-legal means to unfairly and unconstitutionally hold suspects. As an organisation, we call on Interior Cabinet Secretary Fred Matiang’i to urgently intervene and ensure the family get justice,” he said.

“Police must follow the law and court decisions. Kenya is not a police state and all including police must work within the confines of the law.”

Contacted for comment, Coast Regional Coordinator John Elungata and Lamu County Commissioner Irungu Macharia said they were not aware of Mr Taimur’s case though he was arrested in the Coast region and near Lamu.

“I’m not aware of the case, no idea,” Mr Elungata said curtly.