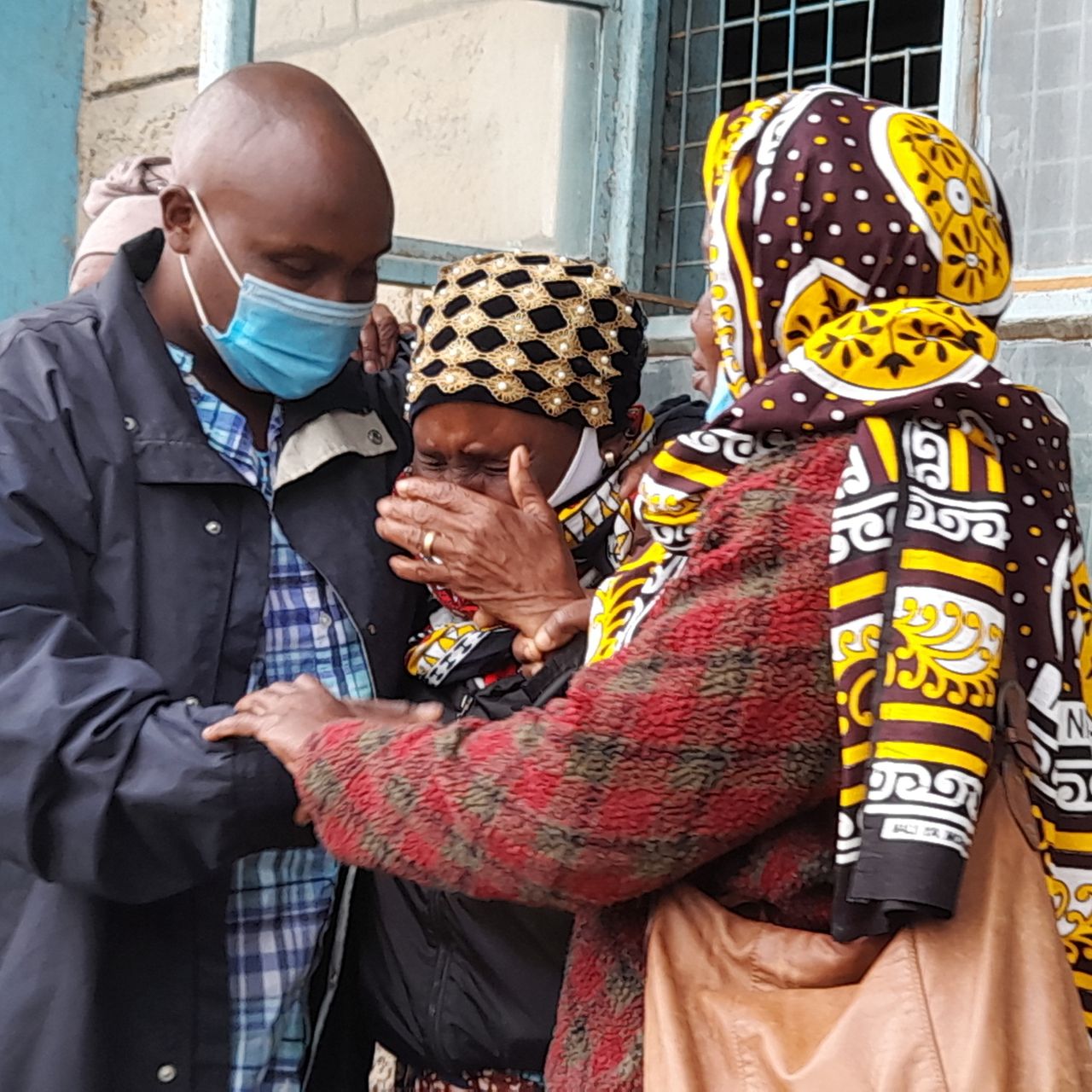 “I forgave you a long time ago. I have no problem with you, my son.” Those were the words of Mr Jonathan Mwaningo, whose son was killed by his boda boda colleague in 2017 after a disagreement at Mwanda in Wundanyi, Taita-Taveta County.

His son, Haron Lenjo, died on February 17, 2017, after his colleague, Albert Nyati, shoved him during an argument at Kisangarinyi centre boda-boda stage.

The 30-year-old suffered fatal injuries when he fell to the ground, hitting his head on a concrete floor. He was pronounced dead on arrival at Wesu hospital.

Despite the pain wrought on the family by his sixth-born son’s death, Mr Mwaningo has accepted Nyati’s release from prison and forgiven him.

“You are our brother and friend. We forgive you and welcome you back with all blessings,” added Lenjo’s younger brother, Mr Wilfred Mrombo.

The 2017 incident will, nevertheless, forever remain etched in Nyati’s mind.

He had woken up hoping his day would be just like any other, but what would happen later completely changed his life.

Monday, May 3, 2021, will be another day to remember. After serving for three-and-a-half years at Manyani Maximum Security Prison, Nyati finally tasted freedom, again.

He sought forgiveness from the family of the late Lenjo, saying it would help him restart his life.

“This is hugely liberating to me. I did not know where to start. I thank you for forgiving me and I regret causing you so much pain,” Nyati said as he hugged both Mr Mwaningo and Mr Mrombo at the Mwanda chief’s office.

Narrating his story to nation.africa, the 34-year-old says he regrets the incident that took place four years ago, adding he did not intend to kill or harm his colleague, who was also his relative.

“I wish I had walked away. I even don’t want to remember what transpired. My advice to people is that they should not be carried away by anger,” he says.

“I asked the welfare officers to help me reach out to my late friend’s family so that I could personally ask for forgiveness. I did not intend to kill him. I’m happy that they have forgiven me and I assure society that I’m a better person,” he added.

After his arrest, he was charged with manslaughter and sentenced to 30 years in prison by the Wundanyi Law Court.

“That was a harsh sentence and it gave me sleepless nights. I almost gave up on life because I believed my fate was sealed,” he said.

After filing an appeal in 2019, the appellate court reviewed his sentence to five years in prison. Due to his good behaviour and rehabilitation, he was given a sentence remission after serving two-thirds of his term.

Life at Manyani prison, he reveals, was not  easy for him. He was emotionally and psychologically tortured by his sudden and unplanned change of environment.

He said his imprisonment hit him hard and the thought of leaving behind his five-year-old son and his heavily pregnant wife tortured him.

During his time in prison, he trained in carpentry and joinery and graduated with Grade Two. He was also appointed the chairperson of the Manyani Inmates Catholic Association.

“I’m now reformed. It was a blessing in disguise because I have come out a better man than I was before,” he said.

After his release on Monday, the prison helped him integrate back into the community by accompanying him to his village, where he met the family of the deceased.

At the chief’s office, where both families had gathered for the integration ceremony, his mother, Ms Leochrist Mwamburi, could not hold back her tears.

“I never thought I would see my son again. I cannot believe he has come back home after more than three years in prison,” she said.

His wife, Ms Hellen Nyambu, could not utter a word after seeing her husband, who was jailed while she was heavy with their second-born daughter.

“I’m happy to see my family and friends. I will now be able to raise our children together with my wife,” Nyati said.

The Kenya Prisons department runs a re-integration programme that helps inmates to be accepted back to society after completion of their jail terms.

Manyani Prison Officer in charge Bison Madegwa said they ensure the inmates are equipped with skills to help them earn a living once they leave prison.

Mr Madegwa urged Kenyans to accept back reformed convicts once they complete their jail terms.

“It is our duty as a correctional facility to rehabilitate the inmates through the various programmes that we have. We give them skilled training and take them through educational programmes and counselling,” he said.

He said Nyati had been provided with tools to enable him earn from the skills he acquired while in prison.

“We involved his local chief and other government administrators to link him back to the community. We will also work with probation officers to monitor him so that he does not re-offend,” he said.

City man charged with failure to secure pistol in his house