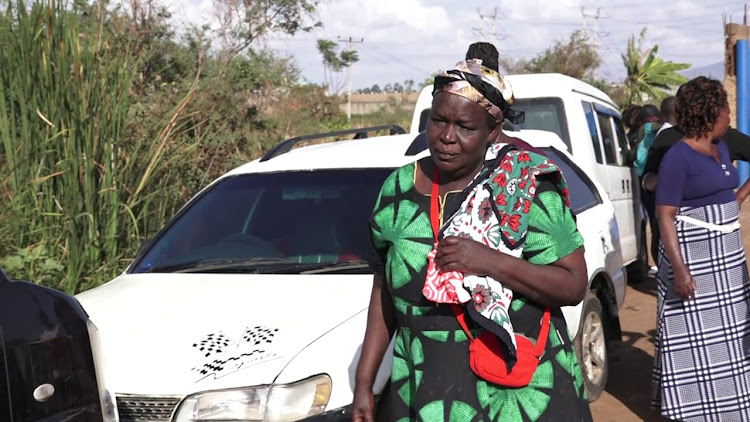 Emotions were running high when the mother of a 25-year-old man who died horribly in a boiler at Blue Nile, an established steel production company in Thika, Kiambu County, visited the scene of death yesterday, Consolata Orao, who traveled over 340 kilometers from Kisumu to the plant with other family members, was only given few ashes as remains of Caleb Otieno, who died inside a boiler last week.

DCI investigators and other State officials retrieved a few bone-like bits from the boiler, according to the deceased’s brother, John Agwambo. The retrieved ash and particles, according to Agwambo, will be analyzed further at the Government Chemist, while others will be kept in the General Kago morgue so that the family may begin funeral arrangements.

Orao’s representative, Rosemary Oginga, claimed she only spotted a single tooth-like particle, leaving the family with more questions than answers about how the company allowed the tragedy to occur.

“We are troubled by what happened and cannot even understand the explanation given to us by the company,” she said.

She highlighted her dissatisfaction with the factory’s lack of adequate safety precautions to protect its workers.

Even while the plant management remained tight-lipped about the situation, Thika DCIO chief Joseph Thuvi, who oversaw the operation, disregarded media and rushed away to escape questioning.