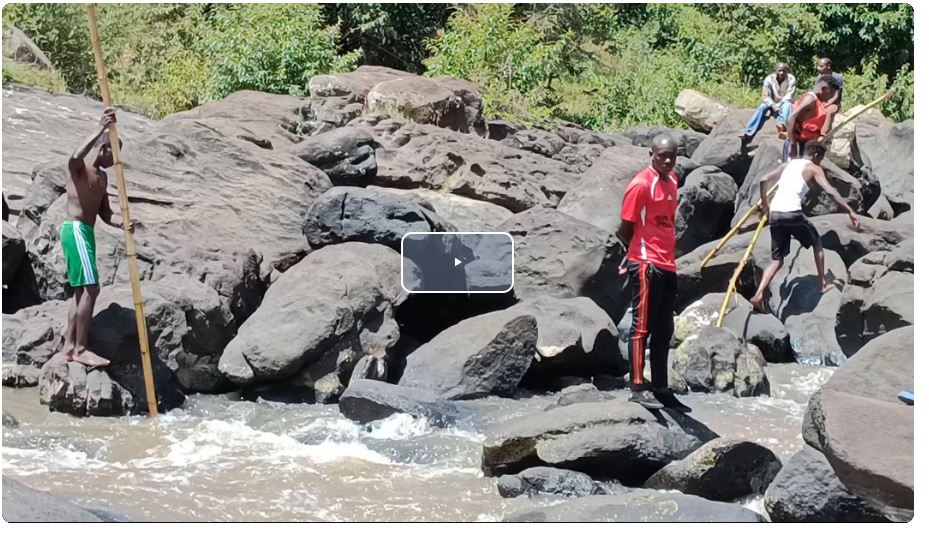 After two weeks of fruitless searching, a family in Kirinyaga is in pain after learning that their 18-year-old son drowned while crossing the Sagana River

In Kianjege village, Ndia, Kirinyaga ,the family has been camped by the river while searching for Antony Karuri’s remains, who perished while attempting to cross the overflowing river.

As the search entered its sixteenth day, Virginia Muthoni, his mother, had been at Sagana River leading the group of people looking for their son’s remains, but they had been unable to locate it.

When the incident occurred, according to Muthoni, her son was crossing the river from his grandmother’s visit to join them for the new year celebrations.

Since December 30, 2022, the family claimed they have been spending chilly evenings with relatives beside the river.

The family is requesting expert assistance from the authorities to help them locate their son’s body so they may give him a respectable funeral.

The backpack he was carrying with all of his documents was found by a team of Sagana divers led by Sammy Kanyuira yesterday. They were hoping to find his body today.

Divers continued their search today as the family begged the military and Kirinyaga County administration for assistance.