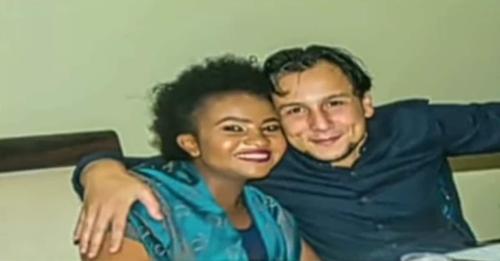 The family of Samuel Njunu has been thrown into a state of panic after their daughter and her Iranian boyfriend disappeared mysteriously at the Jomo Kenyatta International Airport (JKIA) after the Kenyan trip.

Njunu’s family was expecting to hear from their daughter Stella Waithira Njunu calling to confirm that she and her husband Mohamed Golabi had landed safely in Iran as it was their habit.

But the couple has since gone silent, with their last whereabouts being the JKIA.

The family of the missing couple accused the police of being reluctant to produce CCTV footage to explain the couple’s whereabouts.

NTV Kenya reports that there was nothing ordinary about the 30-year-old Waithira and her 34-year old husband’s trip this past Friday, September 24, after a happy visit and stay in the country from Sunday, September 19.

The couple were contented after visiting Waithira’s father, who had been ill.

”At 10pm, I called Stella and told her that since we would not meet again, they have a safe travel,” said Esther Njunu, Waithira’s mother.

Until the couple was dropped off at the airport on their way to Iran, where they both live, they never bordered their flight.

Their mobile phones were switched off, and their location remains a mystery.

It is a matter that has thrown the family into a heart wrenching affair, especially since the relevant authorities have not been forthcoming with information for the past five days.

”If there is any crime they might have committed, they have the right to be taken to court and be charged accordingly. But we believe that is not the case,” said Samuel Njunu, Waithira’s father.

The authorities told the family that the couple never boarded their flight but were reluctant to produce the CCTV footage saying the system was being serviced.

”People being held incommunicado for a long time it gets so disturbing. My heart is broken,” said the sobbing Njunu.

Waithera’s sister and a friend dropped the couple over at the airport around 1am since their flight was scheduled at 4am. That was the last time they saw them.

Waithira was dressed in blue jeans, white sneakers and a black jacket with a scarf over her head, while Mohamed was dressed in dark blue, khaki pants and a denim jacket.

The two met at an expo trade fair in 2018, which they frequently attended.

While the family does not want to speculate, they ask the police to follow the law if the two are under their custody.