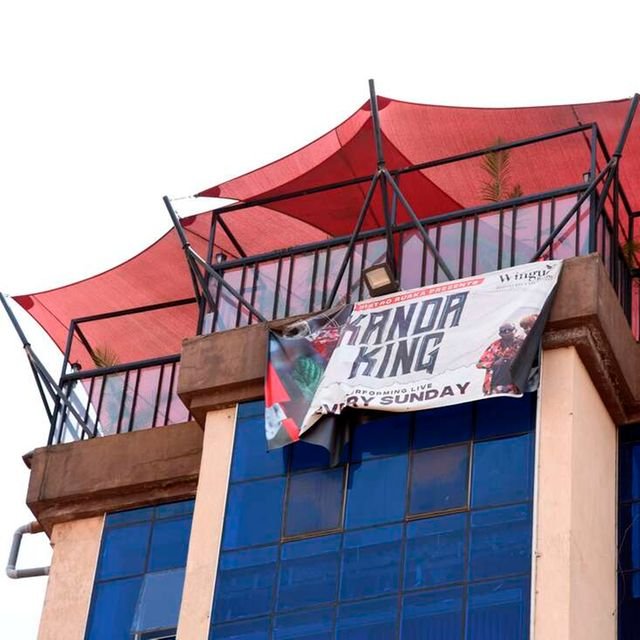 Brian Macharia, the 28-year-old man alleged to have been killed at Wingu Bistro Club in Ruaka, Nairobi, on Sunday night, was an always smiling, adventurous and charismatic man, his family has said.

He had spent the previous day with his family, working on plans for a proposed business with his brother-in-law. The wives of the two are sisters, and they fondly referred to each other as Wakanairo (Sheng for ‘man from Nairobi’).

Martin King’ori, the brother-in-law, said the two and their wives had spent the early hours of the day at Mr King’ori’s home. After having lunch, the men went to Karen to check on an Isuzu D-Max pickup truck that they had purchased jointly.

“We also purchased a pickup carrier, took it to a garage on Ngong Road before proceeding home. We had supper at my house and a drink before he and his wife left for home,” Mr King’ori.

They were to meet again on Saturday evening when the events of the busy day lessened, but it was never to be.

“I could hear noise in the background, so I could tell he was in a bar. Twenty minutes later, I got a call from his phone, and the person he was drinking with said Mr Macharia had been thrown out by a bouncer.”

By the time Mr King’ori made his way to the club to find out what was going on, police officers from the Karuri Police Station had arrived and were processing the scene.

Mr Macharia is said to have broken a glass before he was allegedly assaulted by the bouncer. His fractured and lifeless body was found on the ground floor of a six-storey building, whose topmost floor is occupied by the club.

Three suspects, including the bouncer who was seen in a viral CCTV video assaulting Mr Macharia and two waiters, have since been arrested.

“Postmortem results showed that Macharia died of severe injuries and organ damage. He had broken arms, legs and ribs. His kidney and liver were ruptured as well,” says King’ori.

He dreamed big. Mr King’ori said Mr Macharia wanted to own a wholesale alcohol business, and this is why they jointly purchased the pickup.

At the time of his death, Mr Macharia had worked as a supplier of wines and spirits in Banana and Ruaka for three years.

“He had no rival that I knew of, and if there was, he never told me. Now that this has happened, I am speculating that he might have had one. I mean, how do you beat a grown man to death?” the agitated Mr King’ori says.

“He disliked violence, was jovial and outgoing. He was always happy and funny. I will miss him dearly. His wife and parents are still grieving, and they cannot speak as of now. We are yet to organise his funeral and set a burial date.”

Mr Kingori’s wife, Ginnet, remembers her brother-in-law as a man who always had a solution to every problem: “He made it so easy for everyone to be around him. He was the life of the party, and was loved mainly because he could relate with people from all walks of life. We will miss him so much.”

Augustine Mutembei, the Directorate of Criminal Investigations officer in charge of the case, revisited the scene on Monday. He said police wanted to find out whether the opposite building had CCTV cameras, whether they captured any footage and if so, review them to obtain more information about the events of that night.