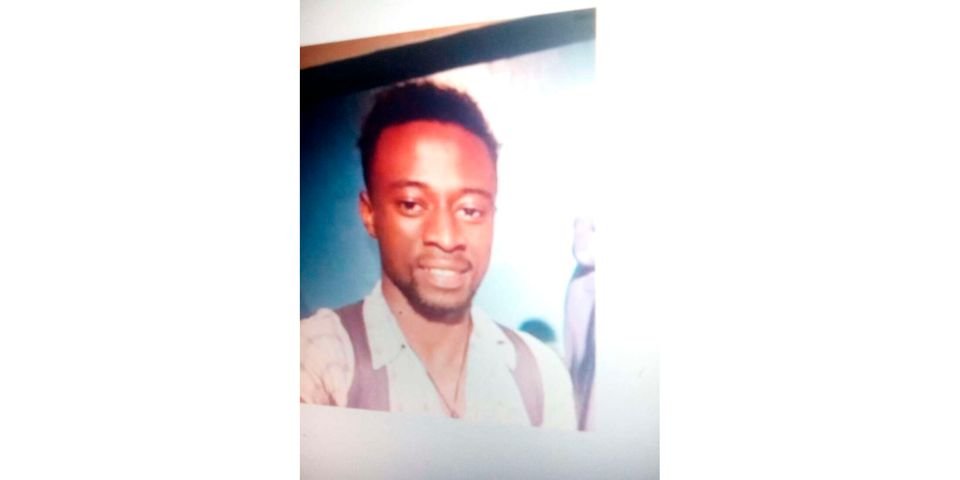 The family of 24-year-old Steve Gabriel Osiche is distraught as their son has been missing for the last three weeks.

Mr. Osiche, a student at Kenya Institute of Mass Communication was last seen shooting a documentary at a carpentry shop where he previously worked for a college project,

According to his sister Dorothy Akinyi, he was last seen boarding a matatu at 10 pm in South B estate, Nairobi, on November 1, headed to the city centre.

The family does not know if he arrived at his destination.

“My brother is very passionate about media and has always had this dream of owning a production studio,” Ms Akinyi said.

Ms Akinyi recalls that her brother “was fine and did not seem to have any issues whatsoever”.

The family suspected foul play after he failed to call his mother or his girlfriend for two days.

He used to call them every day, at times “even thrice in a single day”, his sister said.

“That is when we started asking around… Only his friend in college told us that he saw him board a matatu to town,” Ms Akinyi said.

Ms Ann Lumumba, his girlfriend with who they have a child together believes that business rivalry could be the reason for Osiche’s disappearance.

Mr. Osiche had informed her that he had recently left his carpentry shop for another one citing low payment.

“He told me his previous employer was not happy with his move because most of his clients followed him to the other shop. I suspect that his former employer knows something about his disappearance,” she said,

However, Kennedy Onyango, the owner of the shop, told a local newspaper that he had no issues with Mr Osiche and was pleased when the young man went back to his shop to shoot the documentary on October 31.

He described Osiche as a very disciplined man who was always willing to help.

“He came with his friend and they spent some time taking videos of the machines and the staff working. We all know he’s so interested in media production that he even enrolled to study it in school. I left and when I came back, he had gone. That was the last time I saw him,” he said.

The matter was reported at Kayole Police Station, but the family’s hope that the state would help them trace their loved one is waning.

VIDEO: US lady surprised by how cheap it is to braid hair in Kenya