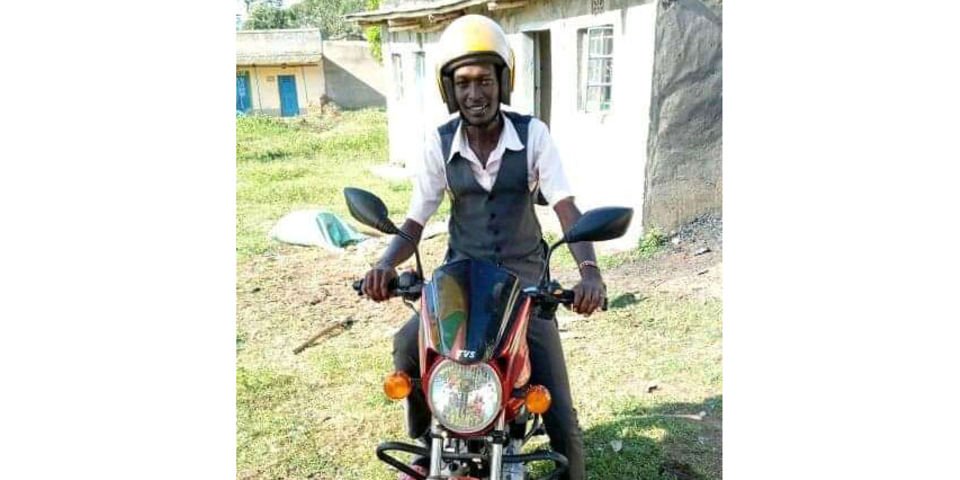 In January, just two months before his graduation, Felix Kiplagat Bor took a loan and bought a motorcycle.

Even as he waited to collect the diploma that he hoped would change the course of his life, Bor knew he had to start making some money.

Six years earlier, he had sat his Kenya Certificate of Secondary Education (KCSE) exams at Biribirif Secondary School in Trans Nzoia County and attained a mean grade of B-.

With support from his uncle, the family said, the second-born in a family of six raised by a single mother, joined Kibabii University a year later.

The 27-year-old graduated with a diploma in business management in March 2021, joining 1,637 others in a virtual graduation ceremony at the Bungoma-based Kibabii University.

Bor never once forgot where he came from.

“Our younger siblings were looking up to him to assist them in their education since we don’t have much at home,” said Sharon Cherotich, his sister.

It is out of this knowledge, perhaps, that Bor chose not to go back home when he graduated, but instead decided to continue with his boda boda business.

He had a small retail shop where he would spend most of his time, with the boda boda business supplementing his income.

“We have known Bor for about a year when he was a student at Kibabii. He was an outgoing rider who was loved by his colleagues and customers. He was an early riser who helped children get to their schools,” said Mr Geoffrey Omurwa, the chairman of the Tuti Marakaru Ward boda boda riders.

When he got the bike in January, he immediately began transporting passengers in Kanduyi, the town where Kibabii is located.

He was, as is the custom, introduced to an easy way of washing his motorcycle without parting with a single coin.

In Siritanyi, on the Malaba-Eldoret highway, was a pool of stagnant water that riders used to wash their bikes in between their rounds of picking and dropping off passengers.

It is during one of his trips to Siritanyi that Bor would meet his death.

He inadvertently stepped on a live wire that had fallen into the stagnant pool after a truck hit a Kenya Power pole the previous day.

Mr David Simiyu, a boda boda rider, told Nation.africa that the cable was loosened by a Malaba-bound truck at around 3pm on Tuesday.

However, even after Kenya Power employees were called to the scene, they did not remove it.

“Police have commenced investigations into this incident and the company will work closely with them to ensure that we have a way forward. Kenya Power would like to take this opportunity to express its condolences to Bor’s family and assure them of our commitment to conclude the matter,” a statement by the utility firm said.

The statement, however, does not explain why Kenya Power decided to leave the live wire in the water after it was felled by the truck.

“We are calling upon the government to help us get justice for our brother who died because of the carelessness of Kenya Power officers,” he said bitterly.

Bor’s mother, Dina Kirrior, was too overwhelmed by the sad news of her son’s death to speak to journalists.

Bungoma South police boss Wilson Nanga called for calm and promised to have the death investigated.

Not an isolated incident

Bor’s electrocution, however, is not an isolated incident. An average of 115 people die from such incidents every year in Kenya. In the past three years, Kenya Power said 345 Kenyans have been electrocuted, bringing to the fore questions on the state of the utility firm’s monitoring and safety.

The other 26 per cent of the deaths, he said, were caused by negligence and non-compliance with safety standards on the part of Kenya Power and its contractors.

Mr Guda asked Kenyans to desist from illegal connections and instead ensure they are connected to the national grid by Kenya Power.