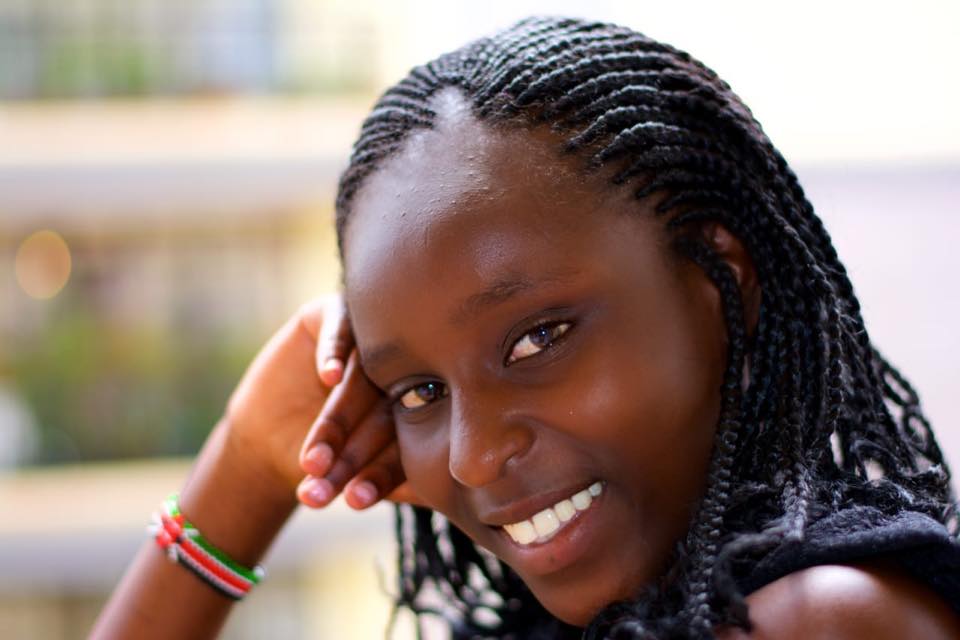 A family in Nairobi is demanding justice for departed daughter who mysteriously passed on while in school.

According to Ebbies’s mother Martha Wainaina, her daughter was optimistic and passionate about her future, visionary with a plan and had even identified her university of choice.

“Barely two weeks after I took her back to school from her first-ever midterm break; on 9th march 2019 at 8 AM, I received a call from the Deputy Principal, informing me that my daughter was unwell and had been rushed to Naidu Hospital, in Thika town. And I was urged to report there. I left shortly after the call and on arrival I did not find my daughter alive. I found her cold, stiff body, laid out on a stretcher, in a room within the hospital. She was dead. The Principal, Ms.Veronica Wanjiku Mwangi, insisted that my daughter had failed to wake up that morning and that she had died on her way to the hospital,” she narrated, “my suspicion was heightened when the Principal insisted that, my daughter had low blood pressure from her medical records of January 10th, 2019. That she must have died in her sleep. I felt and continue to feel that this was conflicting considering that, that morning when I was called, she was breathing.”

The autopsy report revealed, that she died of blunt force trauma at the vertex, that caused severe hemorrhage.

Three pathologists confirmed, that the severity of the injuries were inflicted by somebody else and no amount of self-injury would have caused such.

This confirmed that indeed, Ebbie had been struck and killed and based on their conduct on the issue, the school administration was working hard to cover up the murder. 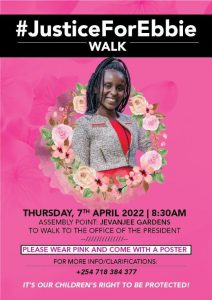 “It has been three years since my daughter was killed, my family has been hit hard and suffers loss of our eldest daughter, a big sister to our children and a best friend to her little sister. Her little sister, has for the last three years, never gone a day without failing to ask me where her sister is and when she is coming back home. This and the continued injustice of having no closure on this case, sends my heart to a deeper pain than I have ever experienced. I am calling on our President to intervene and issue directives to have his able officers and all relevant duty bearers to investigate and bring all the perpetrators to justice. I will also implore him to engage all his departments and appointed teams to work with us to put an end to school brutality, an issue that has marred Kenya’s education sector,” she lamented.