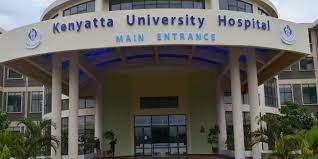 A family of the late Kelvin Maina Muriuki has moved to court to seek orders that will help them take the body of their kin from Kenyatta University Hospital.

Muruiki, the court heard that he died through a fatal road accident that occurred on April 4 along the Southern by-pass.

“The deceased died at the road accident that occurred at the southern by-pass in Ruiru within Nairobi county,” they told the court.

They said that after the accident, the deceased was rushed to KU Hospital by police officers and he was placed under the HDU.

“The police officer took him to KU Hospital where he was placed at the HDU, he later died,” their lawyer Linet Rono told the court.

Lawyer Linet says that after that a hospital bill of Sh1.3Million was accrued which the family is unable to raise.

She urged the court to give an order for them to collect the body of their kin.

The court is yet to give a ruling on the matter.

Was integrity concern behind Uhuru’s refusal to swear in Mohamed Warsame to the JSC?