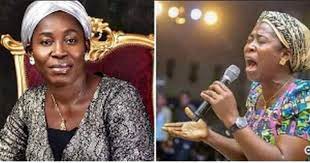 The fans and family of the late Nigerian gospel artist Osinachi Nwachukwu popularly known for the gospel hit ‘Ekwueme’  has declared that Osinachi did not pass away as a result of cancer.

The singer’s family now claims that she died in hospital as a result of domestic violence perpetrated by her husband.

Osinachi’s sister, who is the first daughter of the family and was identified as Ms. Favor Made, told Vanguard on Sunday that

Osinachi’s eldest sister, Favor, said she died as a result of a cluster of blood in the chest from the kicking she got from her husband, Mr. Peter Nwachukwu.

“We told her that they are not divorcing and that it’s just a separation. But she felt that God is against divorce. We told her that separation is not a sin but just for her to stay alive and take care of her children. She will always tell us to relax and that the man will change. So when the man kicked her in the chest, she fell and he took her to the hospital but he did not even tell us,” she said.

The family also added that her husband was a fake pastor who blocked them from meeting their sibling immediately after marriage and mistreated her because she adhered strictly to Christianity and decried divorce.

Osinachi was also a mother of three sons and a daughter. She featured on the 2017 gospel song, ‘Ekwueme’.

That song thrust her into the limelight with 71 million views on YouTube. The news of her death was received with mixed feelings.