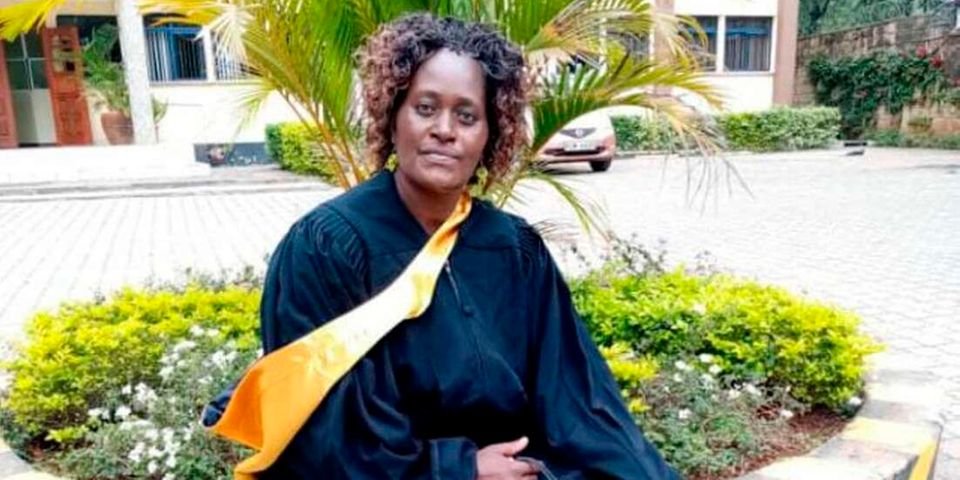 Nearly 20 years back, Lydia Nyaguthii, a health care worker at Tumutumu PCEA Hospital in Nyeri County, nursed a male patient who had been the victim of domestic violence back to health.

Muriithi met Nyaguthii at the hospital and got a second chance at love. Nyaguthii’s sensitive care turned into love after three months of treating  Muriithi. They married soon after he was released from the hospital, and everyone assumed they were happy.

In the two decades thereafter, it appears that their love soured at a certain point, and the man Nyaguthii looked after and helped heal his wounds – both physical and emotional – turned against her.

Nyaguthii’s life was cut short last Friday in a case of gender-based violence, reportedly by a survivor of the same crime — her 20-year-old husband.

Muriithi is accused of stabbing her multiple times with a knife in their house, instantly killing her. He has eluded capture, and authorities have initiated a manhunt for him.

Residents of Unjiru area in Mathira West sub-county, as well as relatives and acquaintances of the couple, are in shock. Her body currently lies in a Karatina mortuary.

Nyaguthii was the definition of humility — a gentle and compassionate woman – to her friends, coworkers, and neighbors.

Her family members are hesitant to provide details about the couple’s connection, arguing that the police should be allowed to investigate.

The Directorate of Criminal Investigations has taken over the suspected homicide case, according to Mathira West police commander Michael Ndegwa, but no arrests have been made as of yesterday.

Zuchu to Perform in ‘Africa Day Concert’ despite Accident