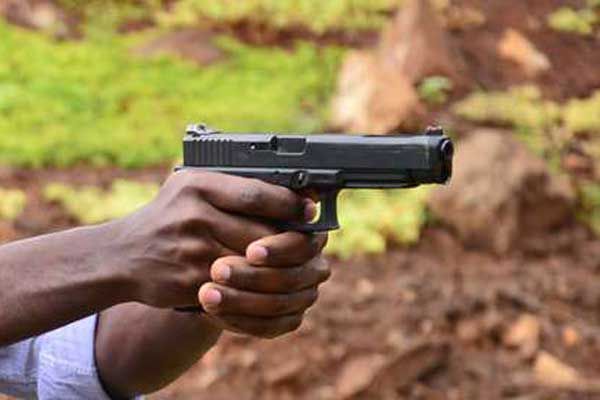 The killing of a motorist in a drive-by shooting on Thika road by unknown assailants Tuesday rekindled memories of another eerily similar attack in 2018.

In June 2018, a lone male motorist was killed when his car was sprayed with dozens of bullets near the Vincentian Retreat Centre along the Thika superhighway, not far from the scene of Tuesday’s incident.

In the incident of three years ago, the man was shot inside his Mercedes Benz C200 by unknown persons who then sped off towards Nairobi.

Multiple police sources said the victim had been trailed by his assailants for a while before he was accosted, sprayed with bullets and left for dead.

Yesterday, a motorist whose identity was not immediately established was driving towards Thika in a white Subaru Forester registration KDC 010H when he was shot at in the afternoon by the attackers at Gwa-Kairu in Juja.

The incident caused a huge traffic snarl-up as people gathered around the car to catch a glimpse of the driver.

Detectives at Juja Police Station are investigating the killing.

“We are yet to establish the identity of the driver but we have sent a team to Thika,”said Juja Directorate of Criminal Investigations Officer Richard Mwaura.

In January 2016, Fredrick James Muchina Kariuki was shot at six times while driving out of Ruiru town towards the Eastern bypass at night.

Muchina was shot dead at close range by assailants who rode in a private car in Ruiru town as he drove towards Nairobi, reportedly from Nyeri.

He was later linked to a poaching incident in the Rift Valley in 2013, when Kenya Wildlife Service suspended six senior officers for engaging in poaching.

In March that year, 37 pieces of ivory, which were impounded at a house in Githurai near Kimbo Primary School, were linked to the deceased.

“We found the funeral programme of the late Muchina in his house. We are investigating possible links to the slain tycoon who was involved in illegal ivory trade,” former DCI boss Ndegwa Muhoro said back then.