Father of children killer speaks out 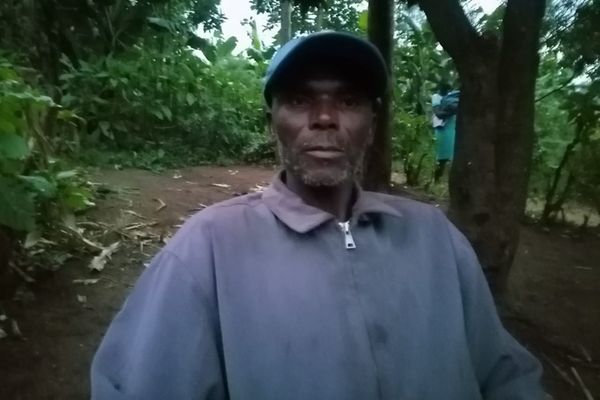 Robert Wanjala Watira, the father of Masten Milimu Wanjala, who has confessed to killing 13 children, wishes he had done more for his son.

He gave him opportunities, yes, but he wishes he had followed them through.

If he had, Mzee Watira figures, his son might have taken a different path.

But having separated with Wanjala’s mother before the child was born, the father says, he really does not know him enough.

“As his father, I am not part of his wrongdoings. I tried to give him a better life but he disappeared. He should carry his own cross,” Mr Watira told the Nation at his home Namakhele.

Mr Wanjala is the only son of Edna Nabalayo, Mr Watira said, but they have been separated for very long, he has since lost touch with them.

He only knows the mother of his child — now accused of the brutal murder of innocent children — is married somewhere in Machakos.

Keen to have Wanjala know his father, Edna took him to Bungoma when the boy was 18.

The father, out to cover for lost time for a son he had not seen, enrolled him at the neighbouring Namakhele Primary.

But Wanjala left soon after. He was there for just one school term, before he disappeared.

He would later come back on his own, Mr Watira narrated, and showed signs that he wanted to stay a little longer.

“I advised him to enrol in one of the vocational colleges and make something out of his life. But he did not seem to be interested. He took some slight interest in football, played here locally, but then vanished again,” Mr Watira said yesterday.

Suspected of killing a child

His little step brother, she told Mr Watira, was suspected of killing a child in Machakos and he was on the run, hiding at the safety of his father’s home, whom he was just getting to know.

Like he had done several times in the past, Mr Wanjala disappeared again.

“When he came home and found his sister, he disappeared fearing that he had been exposed and I have never seen to date,” Mr Watira said.

In all, Mr Watira says he does not know enough about the son he never really got to interact with as he would have wanted.

“His mother knows more about him,” he said, with some sense of finality.

And as the police hold his son for a further 30 days to complete investigations before being charged for the brutal murders, Mr Watira seems to have washed his hands off the case.