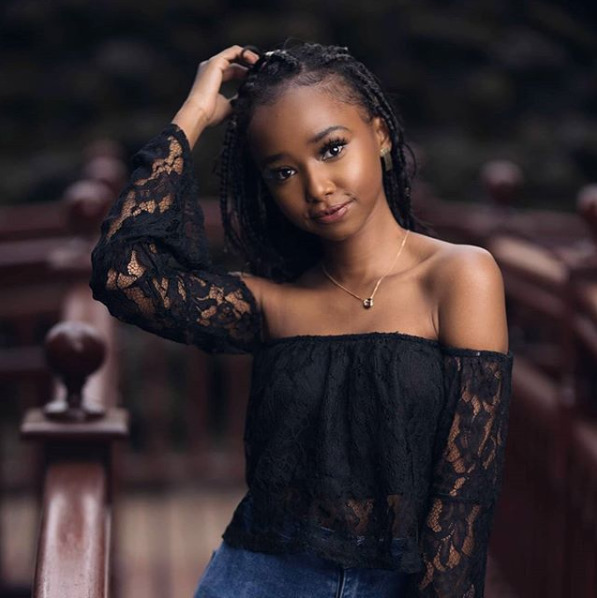 During the debut of Rihanna’s Fenty Beauty on May 26, content producer and make-up enthusiast Wabosha Maxine addressed issues raised by Kenyans about her wearing style.

Kenyans on social media felt that the influencers invited to the launch event were dressed poorly when images from the event were released online.

Wabosha, who wore a crimson sleeveless peplum dress, was one of the people accused of dressing sloppily. The content creator has responded to the criticism by claiming that the ‘fashion fail’ drew a lot more attention to her.

The Youtuber goes on to say that she was more concerned with her make-up, which led to her invitation to the Fenty event.

“The theme was ‘Fenty fresh’ what would you have won? Many people cannot answer that question. A lot of people who really tried to dress up were caught in the cross-fire. We have heard you and we will try to work with local designers,” she said in an interview.

Wabosha further addes that the short amount of time given to prepare for the event may have contributed to several celebrities’ fashion gaffes.

She also believes that the fact that a number of influencers were not paid to attend the event may have contributed to their underperformance.

“Getting ready for an event means money… a good make up artist costs around Ksh.5,000, getting your hair done… getting fabric… that translates to about Ksh.25,000. A lot of people are not willing to spend that amount to the event,” she added.

Fenty Beauty and Fenty Skin, owned by singer Rihanna, opened their doors in Kenya as one of the first African countries to do so.

Nigeria, South Africa, Ghana, Botswana, Zimbabwe, Namibia, and Zambia are among the African countries where the products are offered.