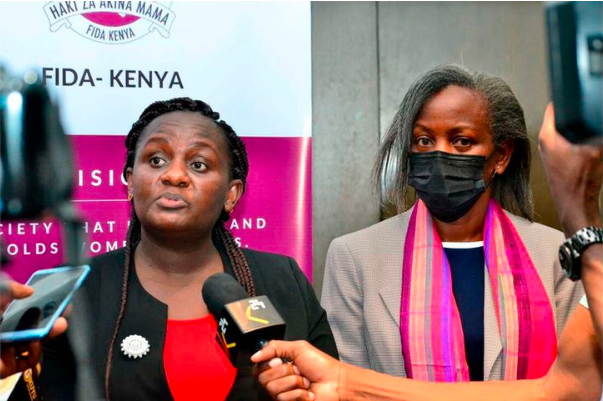 The Federation of Women Lawyers (FIDA) has urged the Independent Electoral and Boundaries Commission (IEBC) to dismiss political party lists that do not comply with the two-thirds gender requirement.

FIDA chairperson Nancy Ikinu said in a release that political parties and alliances should be gender conscious when picking lawmakers and running mates, and that initiatives to increase women’s involvement in elections should be considered.

“Choosing a woman to run for our nation’s second-highest office, will be both a game-changer and strategic for a democratic nation such as Kenya. We equally ask that where there is a male Governor aspirant there MUST be a woman deputy and vice versa,” she said.

She also stressed the need for security forces to reduce violence directed at female politicians, people with disabilities, those with limited movement, and people with poor literacy levels during and after elections.

“We are aware of the many obstacles to women’s equal participation in elections, including gender stereotypes, electoral-related gender-based violence, and technology-assisted violence against women politicians, psychological and traditional barriers, and inequalities in education, training, and resources.”

FIDA also urged all political parties to follow the norm, warning that if they do not, they will take legal action to enforce its execution.

Political parties have until May 9 to submit a compatible list for members of parliament and the Senate, failing which they will be barred from participating in the August elections.