On Monday, July 11, in the early morning hours, a fire broke out at the Kenya Broadcasting Corporation (KBC) headquarters.

According to a source from the Harry Thuku-based media outlet, the fire started at the institution’s canteen a few minutes before 6:00 a.m. 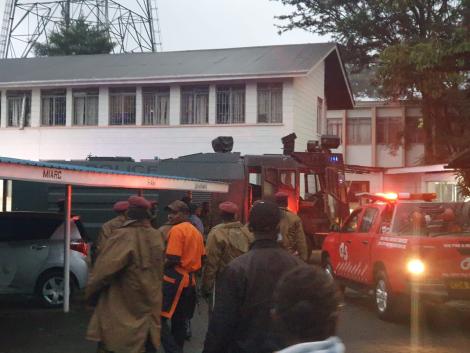 In a video clip shared on the socials, the entire structure that is attached to the main building containing its broadcasting studios was completely destroyed by the flames.

Despite the delay caused initially by the Nairobi county administration, which reportedly did not have a fire engine on standby, the fire was eventually put out by the police and G4S. 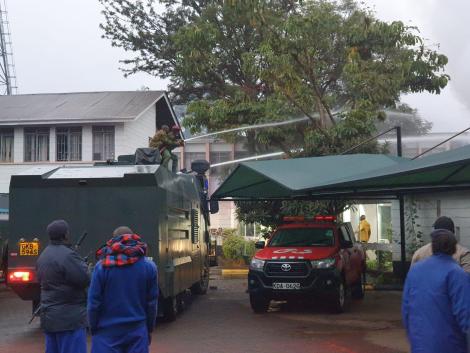 All of the staff members who were on duty were evacuated, and no one was hurt in the early-morning incident, according to sources within KBC.

“It started shortly before 6 a.m., G4S and police have contained the fire. Staff on duty evacuated. Everyone is safe,” stated the source.

NEWS JUST IN: Fire breaks out at KBC Headquarters pic.twitter.com/Nozu7hauvs

What started the fire, which has since been extinguished, is still a mystery. Additionally, the damage’s scope is still undetermined.

READ ALSO  Why digital drivers are shifting to offline mode
Related Topics:Fire incidentKBCNews
Up Next