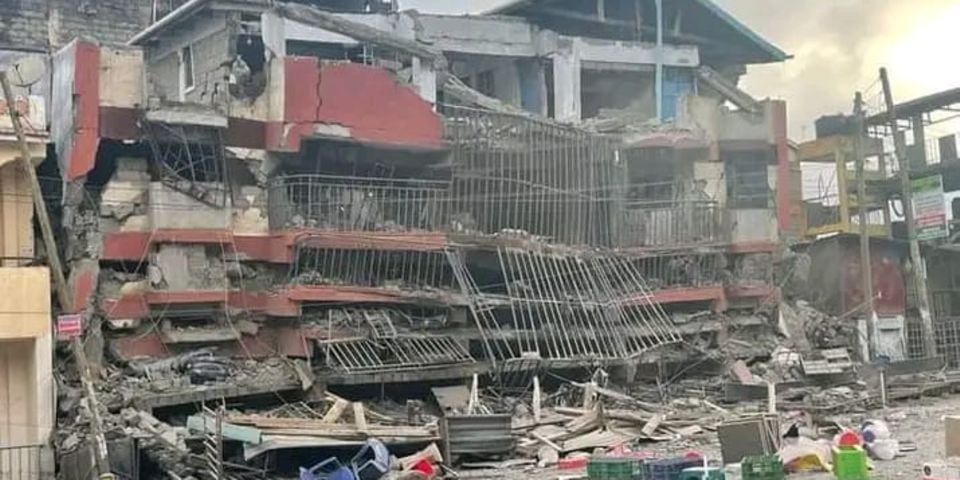 On Monday morning, a five-story building in Ruiru, Kiambu County, fell a few hours after Governor Kimani Wamatangi ordered the evacuation of more than 100 occupants.

The building was empty when municipal officials condemned it, claiming shoddy construction and charging the developer with starting the project without getting permission.

“The building that had 140 tenants caved in around 4am Monday. No tenant was inside after Governor Wamatangi ordered  all the tenants  on the said  building to vacate. This was after a crack was noticed on its wall,” Samuel Kahura, head of Kiambu Fire Brigade and Rescue Service told a local daily.

“Things  would  have been worse were it not for the intervention  of the governor who made it compulsory that no tenant  should remain in that building,”  Mr Kahura added.

The unfortunate structure is next to the Ruiru Police Station.

The current development occurs four days after a commercial building that was still under construction in Ruaka, Kiambu collapsed and fell on a home, killing a couple named as Peter Njuthi and his wife Faith Wambui Njuthi.

The deceased’s relatives, as in earlier cases, accused the Kiambu County department of Lands, Housing, and Physical Planning of being corrupt, avaricious, and careless.

“This is where we used to sit with my parents. They have died  because of someone’s  greed, as you can see the house was condemned  but people who are supposed  to stop  the construction  have been receiving bribes  from the developer and my parents have paid the ultimate price for someone’s greed,” Mr  Patrick Karomo who lost his parents in Ruaka said on Thursday last week.

READ ALSO  The Journey Of Thousands Of Miles: The Kenya Airlift Program.
Related Topics:News
Up Next