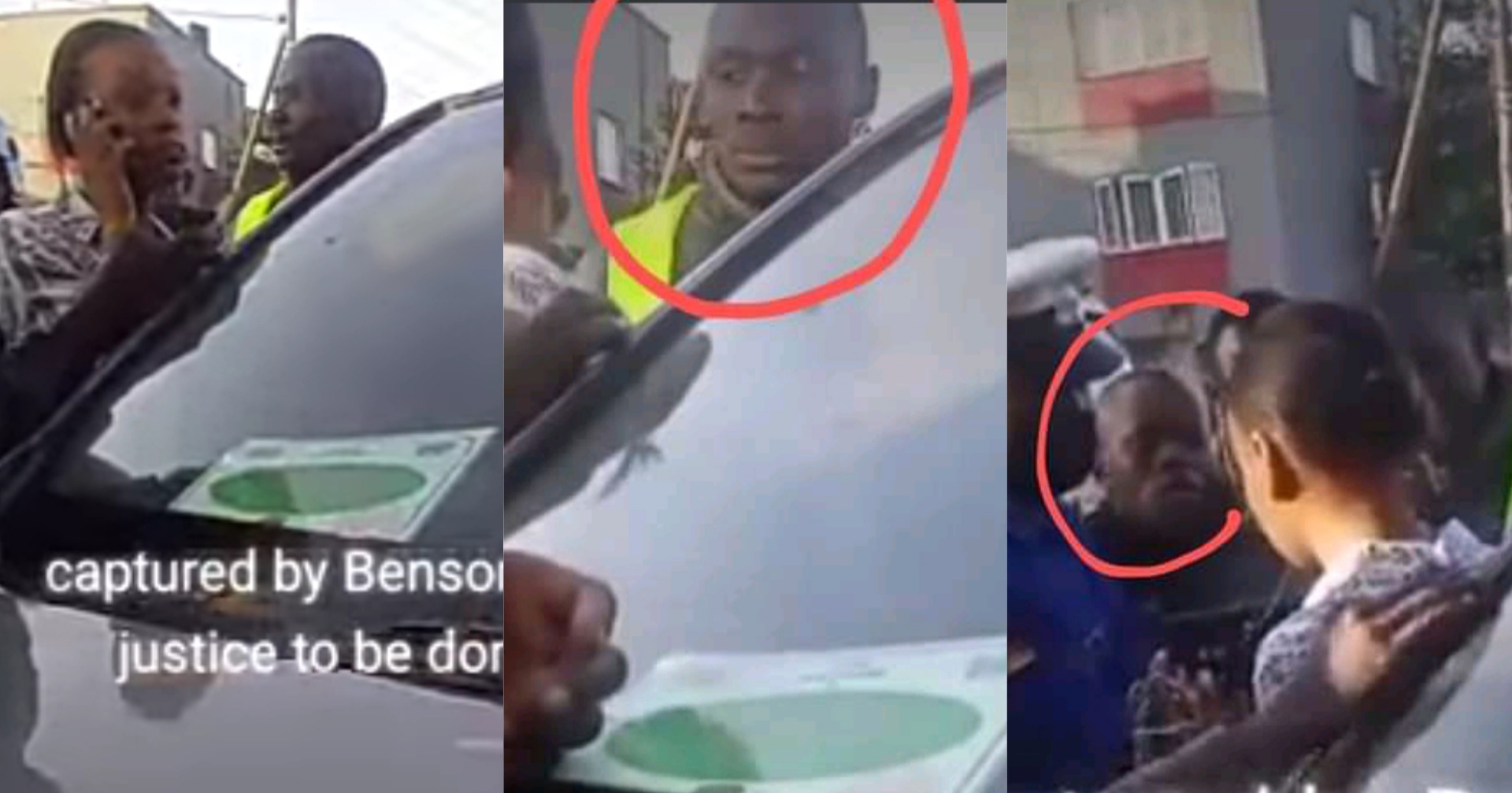 New video has emerged revealing parts of what happened when a Zimbabwean diplomat was sexually assaulted by a gang of Boda Boda riders, prompting a nationwide crackdown on the industry.

A TikTok user named Benson recorded a video of the lady standing outside her car, making a phone conversation while a mob of Boda Boda riders shouted at her.

As she tries to stop them, the motorcyclists can be seen groping her. At the same time, a traffic officer is on the scene. The police officer doesn’t really seem to intercede to prevent the assault in the 48-second clip.

Someone is being heard threatening to damage her Nissan X-Trail.

“Hi gari yako itachomwa (Your car will be torched),” he shouts.

The video appears to have been captured just moments before the now-famous video of the brutal assault, which went viral earlier this week. The woman is still completely clothed in the new film clip, as opposed to the previous video, which showed Boda Boda riders ripping her clothes off and leaving her half-naked.  She also had her cellphone, which she later confirmed stolen.

According to a report made last Friday at the Parklands Police Station, a Boda Boda rider suddenly obstructed her car, leading her to crash into it and causing the rider to have a  fractured leg.

The motorist pulled down a few meters away from the accident but was surrounded by a swarm of motorcyclists, some of whom took her phone and cash. They then unlocked the driver’s door and sexually harassed her, stole her of her personal belongings while she yelled in terror.

Meanwhile, somebody in the mob was filming her ordeal.

She was later rescued, half-naked, by a traffic officer who had been informed by other motorists.