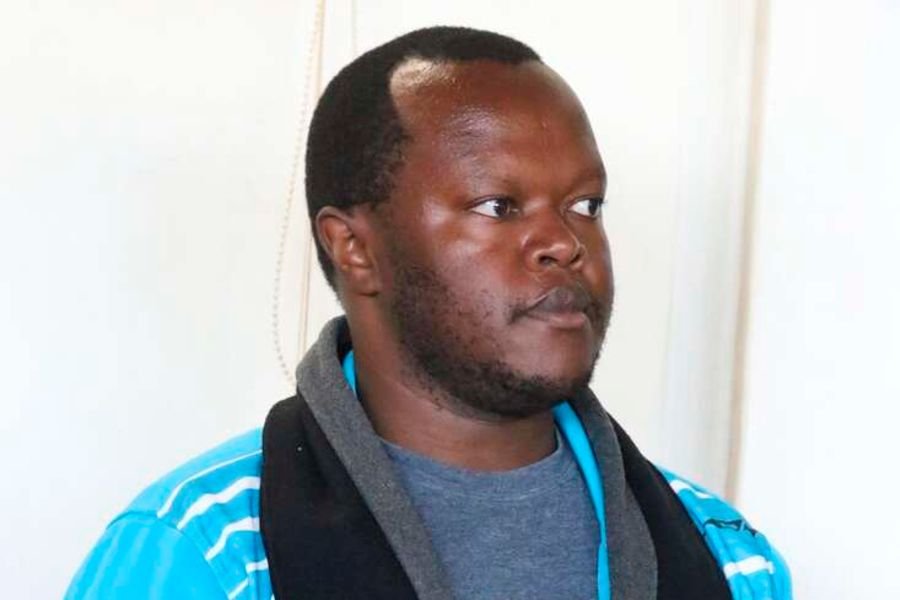 In a suit filed before the Employment and Labour Relations Court in Nyeri, the former soldier, who is facing trial for the murder of his wife and two children, wants the ministry compelled to reinstate his salary.

Through lawyer George Gori, the former soldier told Justice Njagi Marete that his employer stopped paying him on May 13, 2020 after he was arraigned in court.

Mugure, who is currently being held at the Nyeri Main Prison, King’ong’o,  is accused of killing his wife Joyce Syombua 34, daughter Shanice Maua 11 and son Prince Michael aged five years at the Laikipia Airbase on October 26,2019.

In the case, the Ministry of Defence and the Attorney General are listed as the first and second respondents. He has also requested the court to declare his termination as unlawful.

Mugure says that he was fired after being summoned to a disciplinary hearing before the Laikipia Base Commander on Monday, November 18, 2019.

He claims that he was not given sufficient time and resources to prepare for the hearing as he was only informed about it on November 17, 2019.

During the trial, he was charged with disobeying the KDF Act of 2012 by entertaining guests at the residential section of the military airbase without permission.

He had invited and accommodated Ms Syombua and her two children at the officers’ mess rooms without permission. He was also charged with illegally booking his family at the residential area.

The former soldier’s lawyer told the court that his client’s disciplinary hearing was barely a trial but a conviction. He said the meeting which found Mugure guilty lasted less than ten minutes.

He has told the court that, while in the course of duty in the military, he was involved in a road accident that led to a permanent disability of his left ankle.

Ever since the incident, he was exempted from income tax as a person with disabilities. In the suit, he seeks for the special and general damages he incurred as a result of the accident.

The former soldier also wants the court to quash the decision by his base commander on the grounds that there was no proper report or investigations on the charges carried out prior to being tried before the disciplinary committee.

Mugure claimed that he had sought permission from the chairman of the mess to be allowed to accommodate his family before they went missing.

PHOTOS: How slain Embu brothers were buried in emotional ceremony