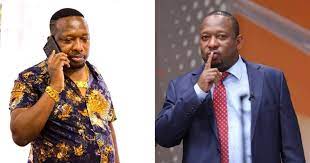 Former Nairobi governor Mike Sonko has dismissed claims by a woman that he has neglected a child he sired with her.

Sonko has called out the woman to avail the child to him for to support him if indeed the 15-year-old girl is his.

“I am kindly asking the lady alleging that she has my 15 years old kid to bring the kid to me just the same way her two other kids Jabali and Riley were recently taken from her by her ex-boyfriend Austin who now stays with them at Langata,” wrote Sonko on his Facebook page.

He said he is ready to give the child the best life he can offer accusing the woman of blackmail over money that she uses for debauchery.

The politician said he cannot give the woman cash directly and offered to give support to the child even if he is not the biological father.

“That woman is asking me for money so that she can entertain herself 24/7. She is a normal gold digger.  I’ll give the kid the best of what life has to offer. My family keeps on growing bigger day in and day out, I feel happy and blessed adopting orphans, street families, and neglected kids in my home,” he added. 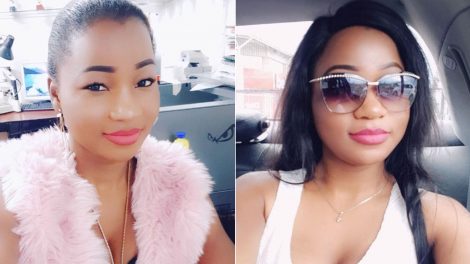 Further on, Sonko has asked those who are unable to take care of their kids not to neglect and torture them but instead bring them to him for he is capable of taking care of them.

The outstared Nairobi governor was on Monday sued by an undisclosed woman who claimed to be his mistress wanting the court to compel him to pay Ksh400, 000 as upkeep for the 15-year-old girl.

She wants Sonko compelled to pay school fees of Ksh86, 000 and another Ksh30, 450 to cater for school-related expenses and uniforms and provide medical cover and upkeep for the girl.

In addition, she wants him compelled to clear the outstanding school fees balance of Ksh37, 000.