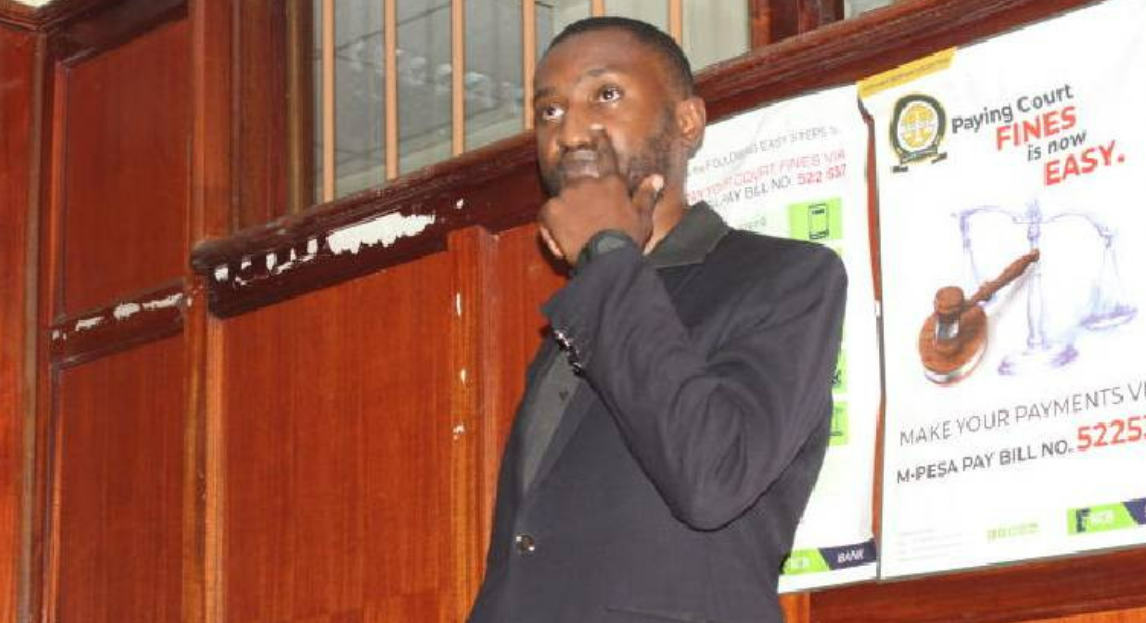 A son of former National Assembly Speaker Justin Muturi who has been in the news lately after allegedly losing a substantial amount of of money told a Nairobi court of how his Sh700,000 went missing after interacting with people he believes spiked his drink at an entertainment joint in Kericho.

Brian Njoka said the incident happened on the night of August 22, 2019 where his bank accounts were all cleared.

Testifying before Senior Resident Magistrate Ben Mark, Brian said after an interaction with his suspects that lasted less than 12 hours, a sum of Sh720,800 had been wired from his three bank accounts to an unknown phone number M-Pesa account.
Alex Njagi Kathuro alias Alex Muhia and Dennis Murimi Wanjiku, are jointly charged with defrauding Njoka of his cell phone worth Sh100,000 and cash amounting to Sh720,800.

The accounts in question are with Standard Chartered bank, NCBA bank and Kenya Commercial Bank and Co-operative Bank.

The hearing of the case resumes on October 24.

READ ALSO  Ndegwa: Safaricom to erase 4 million customers off the CRB, provide them with access to new loans
Related Topics:Brian MuturiBrian NjokaJB MuturiNewsSpeaker Muturi
Up Next