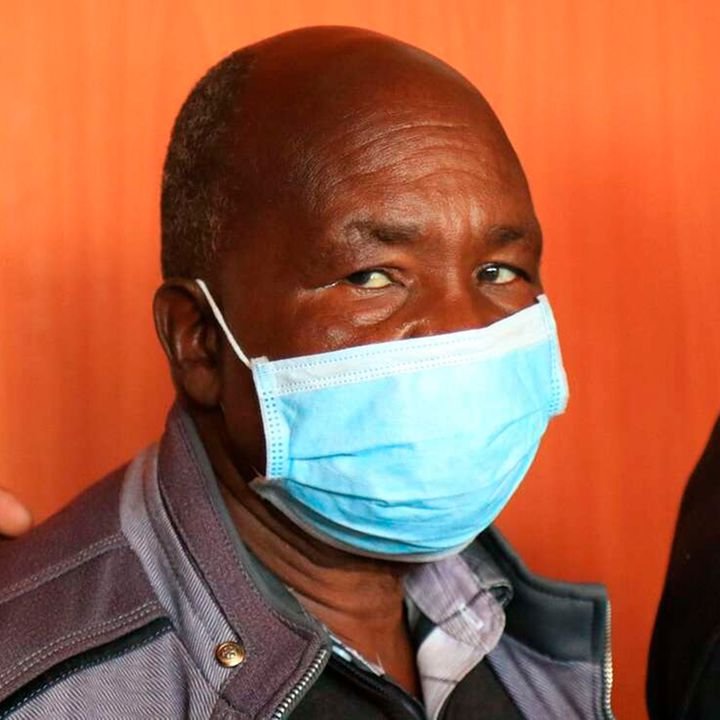 The family of a Nyeri tycoon accused of plotting his son’s murder has alleged foul play in the patriarch’s death.

Mr Stephen Wang’ondu, 75, died on May 7 at Outspan Hospital in Nyeri.

Wang’ondu had been charged with the killing of his last born son Daniel Mwangi on January 1.

He was charged alongside his driver James Mwangi, Eddy Ngari, Raphael Wachira and Geoffrey Warutumo.

At the centre of the latest storm are events leading to the death of the suspect who was in prison’s custody.

The businessman had been ailing for the most part of the trial, only appearing in court twice, the last time on March 2, when he denied the murder charge.

His first born son Elijah Kinini and lawyer Mahugu Mbarire said an inquiry has been launched into his illness while in custody and that investigations could likely end in exhumation of his body barely a month after he was buried.

“I believe there was foul play leading up to my father’s death. His health deteriorated so drastically and there are so many questions regarding how his health was handled while in custody,” Mr Kinini told Nation.

The family has since written to the Directorate of Criminal Investigations (DCI) to investigate the matter.

On March 8, Wang’ondu was placed under mandatory quarantine at the Nyeri Main Prison as his Covid-19 status was ascertained.

He was supposed to be moved into the general population of the remand facility after 14 days once he had tested negative for the virus.

However, the businessman would never be seen in public again as throughout the trial he was said to be ailing.

READ ALSO  Kenyan who moved to US 9 months ago dies in grisly road accident in Cartersville, GA

Mr Mbarire had raised concerns over his client’s health before court claiming he had fainted in the holding cells on the day he was take plea.

The court instructed the suspect be treated whenever necessary at the sickbay in Nyeri Main Prison, King’ong’o, where he was being detained or at the Nyeri County Referral Hospital.

In a letter to the DCI, Mr Kinini says his father told his lawyer on April 20 that he was very sick and required urgent medical attention.

Mr Mbarire obtained orders on April 21 for his client to be taken to hospital.

The lawyer explained he visited his client in prison and after examination by two medics, they were advised to move him to the Nyeri County Referral Hospital.

“The order I acquired required that I get direct contact with my client and have him moved to a different hospital for treatment,” Mr Mbarire said, claiming he faced some resistance from the prison management over the orders.

Although he was taken to Nyeri County Referral Hospital on April 21, it was unclear for how long he was at the hospital.

His lawyer claims that on April 21 he was admitted to the hospital and prison wardens deployed to guard him.

“By the time I left the hospital, my client had been admitted and a smooth change of guard took place between the officers,” Mbarire recounted.

However, he claims that when he went to visit his client the following day, he did not find him at the hospital.

“I came to later find out that he was discharged shortly after being admitted the previous night against the doctor’s advice and taken back to prison,” Mr Mbarire said.

On April 23, Wang’ondu was rushed back to hospital in critical condition and placed on oxygen.

It still remains unclear why he was discharged and readmitted as the facility has remained mum over what transpired during the 24-hour period.

When contacted by the Nation, Nyeri Main Prison boss Yusuf Koitapok said he did not have details regarding Wang’ondu’s healthcare.

“I am out of office so I do not have specifics on that matter. We handle many people so it is hard to keep track of specific dates,” Mr Koitapok said.

However, a letter from the prison explained the businessman had missed a court sitting because he had been admitted to hospital on April 21.

The hospital declined to release details of his admission but admitted a report on the inquiry is being prepared.

The family also says it is yet to get the businessman’s medical records on grounds that the prison was the custodian of the patient at the time.

Following his admission, his family and lawyer would later be informed that Wang’ondu tested positive for Covid-19, which saw him moved to Mt Kenya Hospital, Nyeri’s isolation centre.

By this time his defence lawyer was working to have him released on bond.

On April 28, the High Court in Nyeri granted the businessman and his co-accused bail but the prosecution sought orders to suspend their release pending an appeal.

On May 5, the businessman secured release on bail upon which he was moved to Outspan hospital.

He died at around 7PM on May 7 and buried a week later in a private funeral at his home in Mweiga.

There was no eulogy during the ceremony conducted under heavy police guard. An autopsy was never done as he was reported a Covid-19 patient.

His family wants circumstances leading to his death investigated.

They have also questioned the Covid-19 diagnosis claiming they are yet to get medical records to ascertain the same.

“If he contracted Covid-19, the prison must explain because the reason he was placed under mandatory quarantine at first is to prevent him infecting other inmates. Besides, he was tested before being moved into the general population and he was negative,” Mr Mbarire said.

At the same time, the businessman’s first wife and two sons want to be included in the ongoing murder trial as victims of Mwangi’s killing.

Wang’ondu’s second wife and their three children have been allowed to participate in the case as victims.

Mwangi’s mother and the businessman’s second wife, Scolastica Wacuka, and her children, Martha Nyawira, Rosemary Mucii and Crispin Kinini yesterday sought to participate in the case “to find the truth”.

Mr Kinini said that they too will be seeking to take part in the case as victims.

Mr Mbarire upon the death of his client sought to represent them as victims in the trial.

The application will be heard in the next sitting scheduled for June.