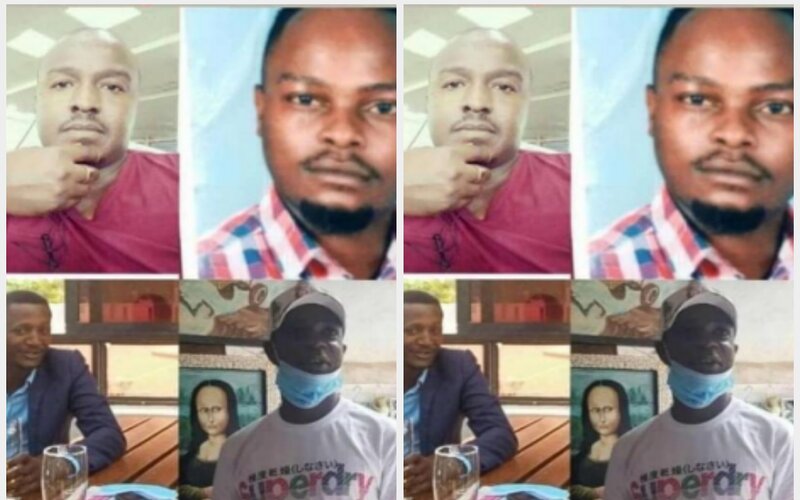 The four arrived at Club Enkare in the afternoon, ordered a few drinks and were last seen leaving the entertainment joint at 3pm towards the facility’s parking bay, where they had left their vehicle; a white Toyota Mark X of registration plate KCQ 715C.

Their subsequent movements were not captured on tape, as Club Enkare had not installed CCTV cameras at the time.

“What is clear, however, is that they never left the night spot in their car,” a source, who sought anonymity, said.

After days of being unreachable on phone, the missing persons’ respective family members filed distress reports.

On Thursday, April 22, a post asking Kenyans to help authorities and family find the four, was shared on The Nairobi Crime-Free Society Facebook page.

A detective, privy to the investigations, told The Standard they are probing a possible abduction.

“For now, our focus is to find them alive and well,” he said in confidence, as he is not mandated to speak to the media.

Police say the missing persons’ phone signals are not easily traceable, consequently creating a challenge in locating the lost men.

“We really want to know what happened to them, and where they are,” said the junior officer, who spoke to us.

Isinya Sub-County Police Commander, Anderson Njagi, told The Standard that a probe into the four men’s disappearances has been escalated to the Directorate of Criminal Investigations (DCI) Headquarters.

“We don’t have so much to reveal about the men yet,” he said.

“However, preliminary investigations indicate the four were in transit from Nairobi, when they decided to stop over for refreshments at Enkare Club,” Njagi added.

The Isinya police chief said the missing friends’ vehicle was towed to the Kitengela Police Station, where it would be subjected to forensic analysis.

The Standard understands that a speculative report had been made in mid-week, suggesting the four had been hospitalised at the Kenyatta National Hospital over unknown reasons.

“However, the pictures we received of the said-patients and the ones filed by family members did not match,” said our anonymous source, who revealed the search has been extended to the neighbouring Machakos and Nairobi counties.