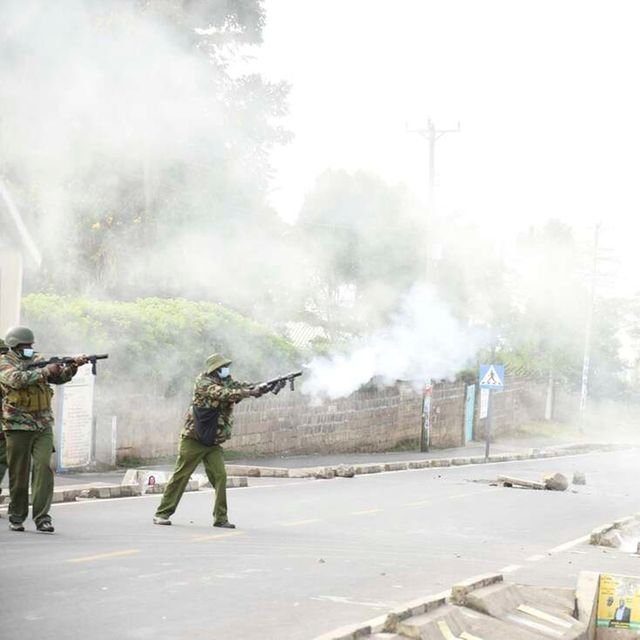 It is the eve of yet another charged political season, and there are new gangs in town: Siafu, Usiku Sacco, Congo Boys, Yes We Can, Kenya Youth Alliance, Kibera Battalion, Kamukunji Pressure Group, Al Safa, J 10 and Gaza, just to name a few.

Some of the old gangs are also regrouping, with funding by politicians and businessmen in the two largest cities of Nairobi and Mombasa, as Kenya approaches the proposed constitutional referendum later this year and next year’s general election.

Intelligence reports and analysis by security think tanks shows that most gangs whose mainstay was engaging in criminal activities like robberies and taxing residents for provision of informal services are increasingly being recruited for political hatchet jobs.

With the recent by-elections having been marred by violence, security agencies are mapping out areas that are likely to present a security challenge as the country heads to next year’s polls, starting with the two most-populated urban areas.

A Nairobi County MCA, an MP from the capital city and three legislators from Mombasa are among the politicians who have enlisted the services of prominent criminal gangs to scare away opponents, provide security and raise their political profile.

Of the two cities, Nairobi leads with the number of gangs that are being enlisted for provision of political dirty jobs. Top on the list of nine politically affiliated gangs is Siafu, which has grown its presence from its original home in Kibera to four other neighbourhoods, all of them being low-income settlements.

Siafu which has now extended its illegal activities to include matatu extortion, is currently present in Kibera, Kawangware, Kayole and Mwiki. The other politically affiliated gangs in Nairobi are Usiku Sacco, Congo Boys, Yes We Can, Kenya Youth Alliance, Kibera Battalion, Kamukunji Pressure Group, Al Safa, J 10 and Gaza which started off as a youth criminal gang.

Kibera which also holds the title of Kenya’s largest slum, leads in the number of criminal gangs. Among the gangs operating in Kibera is Yes We Can, Taliban, Kamukunji Pressure Group, Al Safa, Nubians, Kibera Battalion, J 10 and Siafu.

Apart from Nubians, which provides informal security at Makina and Silanga sections of the sprawling slum, all gangs in Kibera are open for political hire. Additionally, their modes of operation are almost similar. They all extort, provide illegal water and electricity connections.

Kayole comes second in terms of gang activity with four criminal gangs: Gaza, Usiku Sacco, Siafu and Kamjesh. All of them, apart from Gaza, extort money from matatus. They also perform muggings, collect garbage and can be used for general violence by whoever can afford them, especially businessmen and politicians.

“There are clear patterns of ethnic settlement which make it easier for political organisation. Where populations are marginalised and poor, they are more vulnerable to bribery and intimidation,” says Global Initiative against Transnational Crime in its report dubbed ‘The Politics of Crime’.

“The pressure on urban services and the State’s failure to adequately deliver in these areas makes such services more valuable to control. This also makes the use of violence, even at the ‘low’ level of disruption and assault, more effective as a campaign tool than it is in more dispersed areas,” says the think tank.

Intelligence reports by security agencies have singled out Gaza, which for the past two years was believed to be on the decline, after an aggressive onslaught against its leaders.
Gaza is believed to be slowly regrouping in readiness for 2022.

The gang, whose average age of its members is about 20, was formed as an offshoot of the notorious Mungiki sometime in 2014. It was severely weakened by the police in the run up to the 2017 elections to prevent its involvement in violence.

At the height of its reign under the leadership of George Mwaniki, alias Mwanii, Gaza managed to create the biggest and most diverse criminal footprint ever witnessed in Nairobi since Mungiki’s heyday.

The gang was involved in drug sales, illegal electricity connection, armed robberies, weapon smuggling, extortion and hawking. Its most profitable venture, however, was land protection. Every person intending to grab, develop or sell a piece of land within its territory had to pay them.

They had the protection of rogue elements within the police force and anyone who got in their way was killed. One of the people who is believed to have gotten in the gang’s way and paid with his life is land broker Jared Achok. He was killed in a drive-by shooting in October 2014, in Umoja.

Apparently, Gaza is not only regrouping but is also metamorphosing into a political unit and has regained control of an illegal dumpsite known as Portmore within Kayole. Its members have also formed garbage collection groups while some have blended into the boda-boda sector as operators.

An MCA and a city member of parliament who cannot be named for legal reasons are believed to be providing funding for Gaza’s activities in exchange for political protection come 2022.