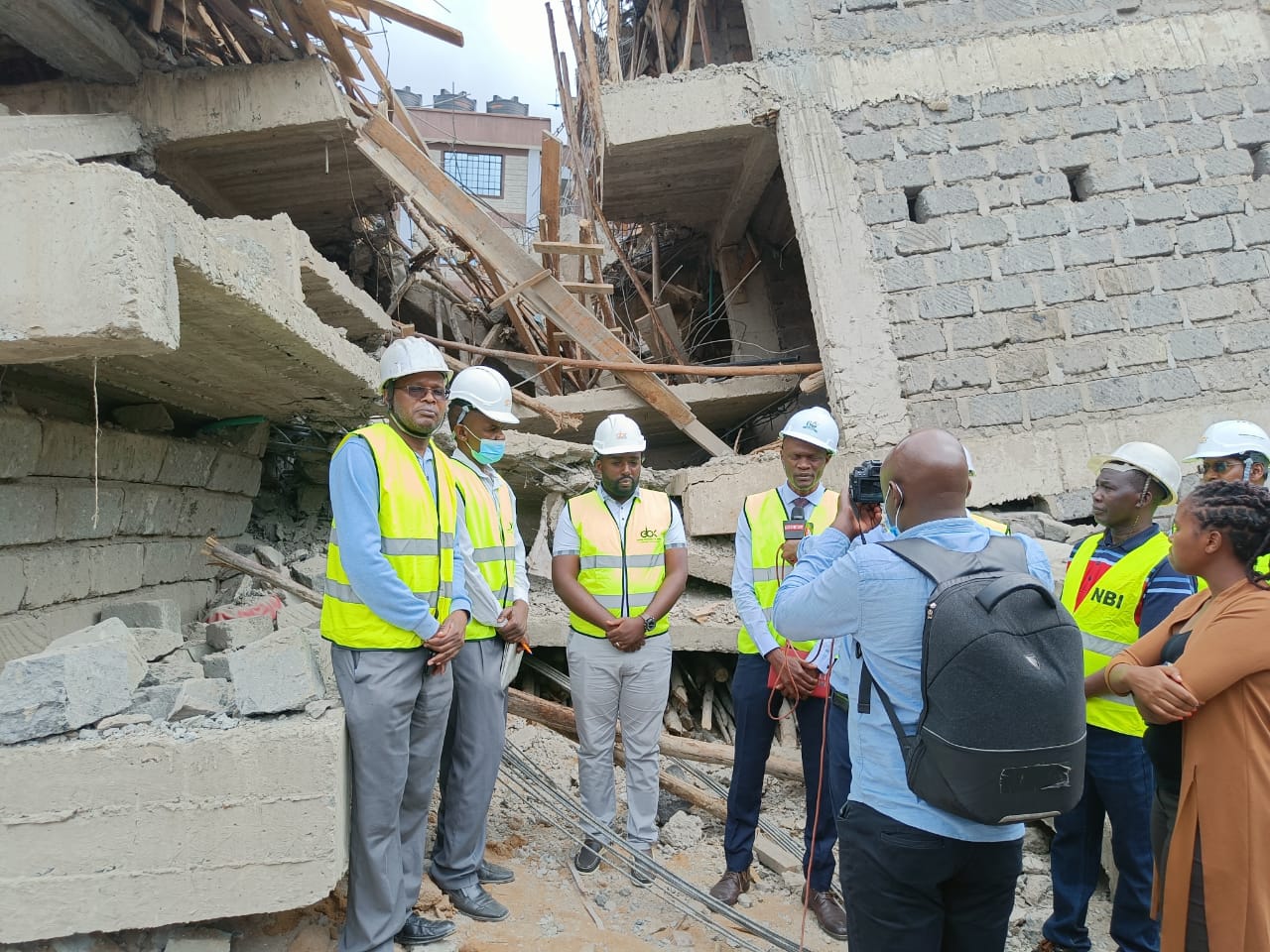 A four-storey building under construction collapsed yesterday in Utawala along the Eastern Bypass, in Nairobi County.

The Institution of Engineers of Kenya (IEK) in partnership with National Building Authority and the Engineers Board of Kenya today toured the site and inspected the building that has left area residents in terror.

The IEK is headed by its President Eng. Eric Ohaga, Vice President Eng. Christine Ogut, Secretary Eng. Shammah Kiteme and Ordinary Council Member, Eng. Paul Ochola have cited inferiority of materials used in that particular site is the main reason for the building to sag.

They have however launched the investigation which will be relayed any time soon to the public details much details.

“The Preliminary observation indicates that material failure constitutes part of the trigger chain that led to the collapse of the building. Detailed investigation of the collapsed building has commenced, and a report which may contain professional opinions of the investigating engineers, opinions of incident root cause, factual data, findings and recommendations will be produced,” Engineer Ohaga noted.

The IEK Secretary Hon Kiteme stated that managing safety is a joint responsibility.

“Buildings collapse in the country have been on the increase in recent times. As such preventing building collapse cannot be tackled by the Government alone. Information collated from the ongoing investigation in this; and other cases of construction collapses elsewhere will help reduce future incidences. As the Institution of Engineers of Kenya, we reiterate our commitment to ensuring public safety as a priority in the delivery of Engineering,” said Kiteme. 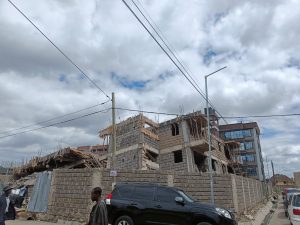 The collapsed building under construction

According to a worker at the site who requested anonymity, the site engineer was receiving money for construction of the building from the owner who works abroad but opts to purchases inadequate and poor quality construction materials.

“The engineer was looting a lot of money from this site that most of the times he was absent from work. He had also sent a section of the casual labourers home while the remaining were delayed their wages yet they have families depending on them. I’m calling upon the government to complete the investigation and safeguard the lives of Kenyans,” said the worker.

Graft and impunity in planning departments and greed among developers has led to an increase in collapsing buildings across the country.

This explains why county officials wait for buildings to collapse before they rush to declare them unsafe. 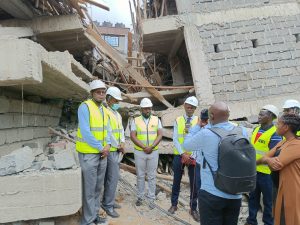 As Kenyans await the outcome of investigations into this incident, past occurrences have shown that a majority of such efforts are rarely prosecuted successfully.

Most past cases have no clear record of action taken, and for the few that ended up in court, developers managed to have their way.