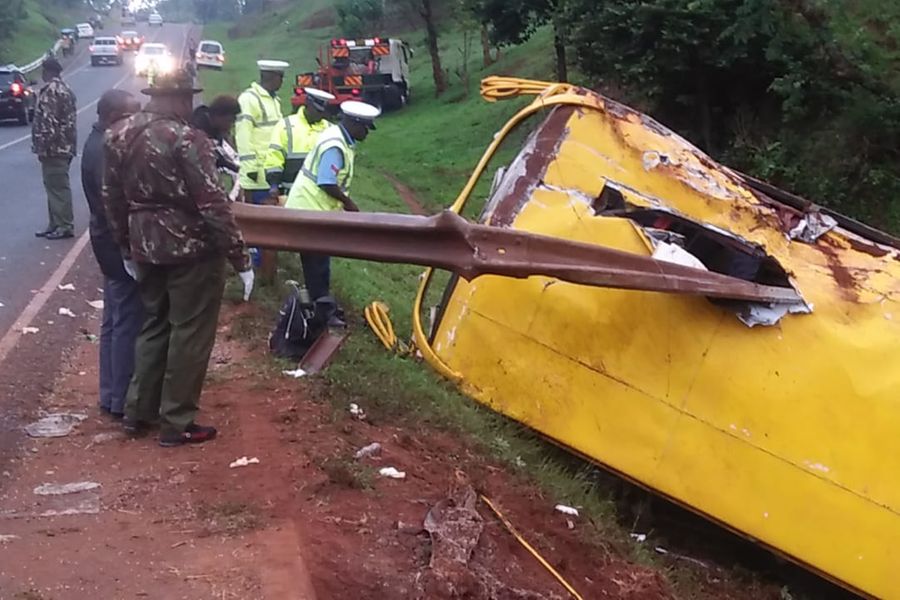 Early on Saturday, a car accident in Njuri, Tharaka Nithi on the Meru-Nairobi Highway claimed the lives of four individuals and injured a number of others.

At around 5 in the morning, an accident occurred as a bus owned by Ruiri Girl’s High School was transporting Thau Methodist Church members from Tigania West to a wedding in Karen, Nairobi.

Four people are still trapped in the debris, according to Tharaka Nithi County Disaster Manager Alex Mugambi, who confirmed the accident.

“Survivors were taken to Chuka County Referral Hospital and four people, who we fear are dead, are still trapped in the wreckage,” said Mr Mugambi.

Thau church chairman Joseph Limuli said the driver lost control of the bus after one of its tyres burst.

He said they had left the village after 2am.

“We are worried that the four who are trapped may be dead now because they are currently not responding to calls like before,” said Mr Limuli.