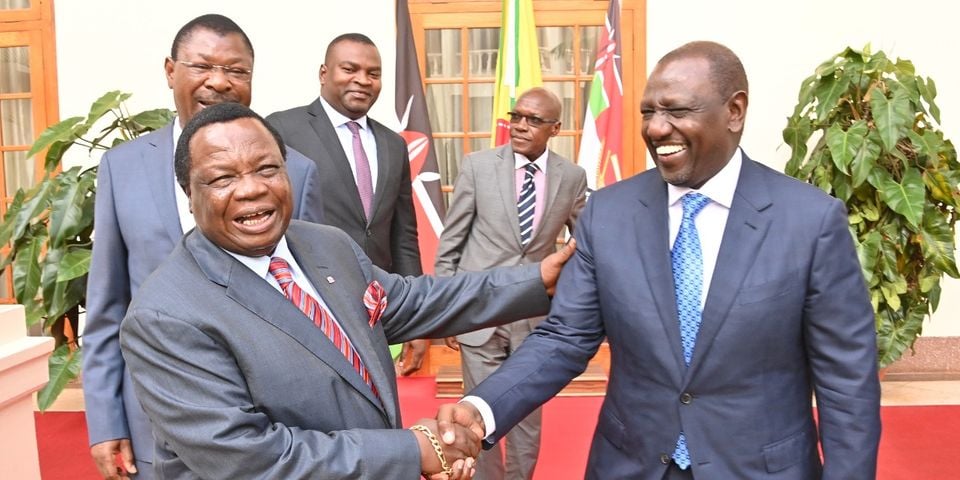 A group of leaders from the Western Kenya region gathered at State House for the meeting.

When President Ruto was running for office, Mr. Atwoli was his harshest critic and never thought he would succeed.

His opposition to Dr. Ruto’s campaign was so vehement that he frequently gave the advice to cut down all the trees in his (Dr. Ruto’s) backyard Sugoi because he was afraid the president would commit suicide if he didn’t succeed in becoming president.

Raila Odinga of Azimio, who was Mr. Atwoli’s preferred candidate, lost to Dr. Ruto in the results.

Among other Luhya leaders present at the meeting today were Prime Cabinet Secretary Musalia Mudavadi and Speaker of the National Assembly Moses Wetang’ula.