Francis Otieno, a Diaspora Kenyan who owns a Swahili radio station in the United States 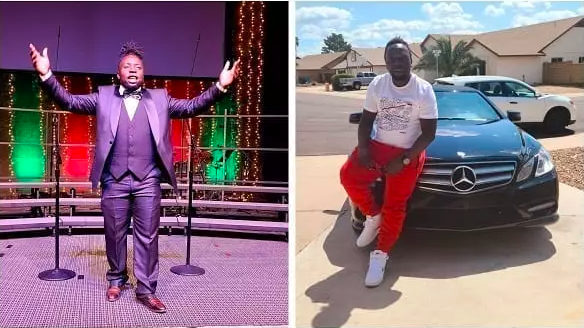 Francis Odhiambo Otieno is a Kenyan artist working in the United States, who is making a difference in society by assisting the less fortunate.

Odhiambo, also known as Msanii Foreman, is a well-known musician whose discography includes songs such as Africa, Cherie, and Ufisadi (Corruption).

Apart from his musical career, Odhiambo has also invested heavily in humanitarian organizations that benefit people from low-income backgrounds. This was realized after he flew to the United States in search of greener pastures.

Furthermore, his desire to campaign for change prompted him to seek out an audience that would rally behind him in his cause, resulting in the creation of Arizona Swahili radio.

The station, which launched on May 15, 2021, quickly climbed to become one of Arizona’s most talked-about stations. The necessity to promote Kenyan culture internationally prompted the creation of the station.

“We are the Home to the most popular radio talk shows in Arizona, USA according to audience share. At Arizona Swahili Radio we plan our programming to connect with our audiences.” reads from the site.

Cheza Kikwetu, Saturday Biz, and Sunday Skull Edition are the three current programs on the station.

“Our job is not to tell you what to think, but to teach you how to think about the market like a pro.” reads a section from the website.

Sunday Skull Edition, on the other hand, is a gospel program that assists viewers in their spiritual journey.

“There is just something special about being home in Kenya. I feel excited with my team on the array of fulfilling charity causes we’ll be carrying out in Kenya.”

“Music has always had a special place in my heart, and when you’re able to share it with others, especially those who need it and can appreciate it the most, it assures me my music is 100 times more powerful,” he stated during a recent interview with a local daily.