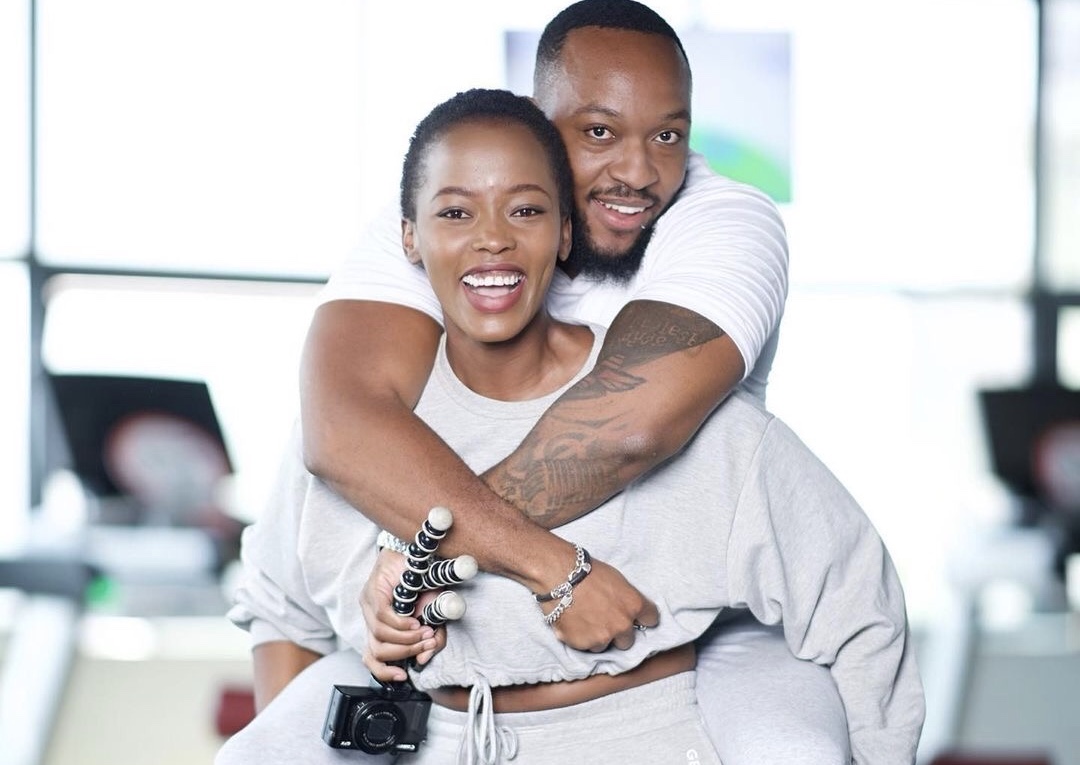 Curvy socialite Corazon Kwamboka has finally been granted her wish of being engaged to her baby daddy Frankie Just Gym It. Flaunting a ring on her finger, the High Court advocate took to Instagram to announce the great news.

”I said yes!!!! To happiness, to love and to a whole lot of fun with the one person I don’t ever want to live without. @frankie_justgymit can’t wait to say I do.”

The two sweethearts are currently on vacation in Zanzibar, which was apparently the location Frankie had in his proposal plan.

It was Corazon’s wish to get engaged and get married to Frankie after their baby Taiyari was born a year ago.

“Right now I’m just enjoying getting to know him and being parents.”

When asked about proposing to Corazon, Frankie said,

Frankie’s previous relationship was with Maureen Waititu; and together they had two sons. Both of them however, moved on.

Corazon further added that Frankie is the best father of her child.

“I made the best choice having him as the father of my baby because he has helped me from day one. I was so clueless but he had some experience, so he was really helpful. He is a great dad,