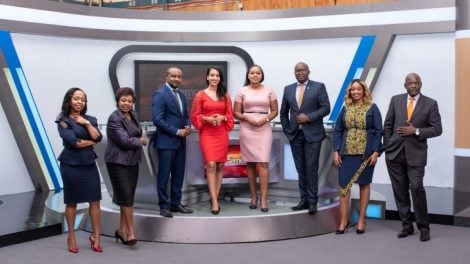 Seasoned news anchor Fred Indimuli has quit Kenya Broadcasting Corporation (KBC), three months after he joined the state broadcaster as part of a new-look team to spruce up its image.

Nairobi News understands the experienced Indimuli has been lured by an offer to replace Ben Kitili at the Kenya Television Network (KTN).

Kitili has since rejoined NTV as a news anchor and political editor.

Indimuli has been co-anchoring the news at KBC with Skiksha Arora in the bulletin dubbed Easy Friday.

An alumnus of Kenya Institute of Mass Communication (KIMC), Indimuli started his journalism career as an online editor at Kiss FM and TV, before graduating as a newsreader.

He then quit Radio Africa Group for Citizen TV where he worked as the breakfast show host for two years.

His journalism career would then lead him to K24 TV as prime time news anchor in 2018.

But he was among the journalists shown the door at K24 TV following a pay dispute with the management.