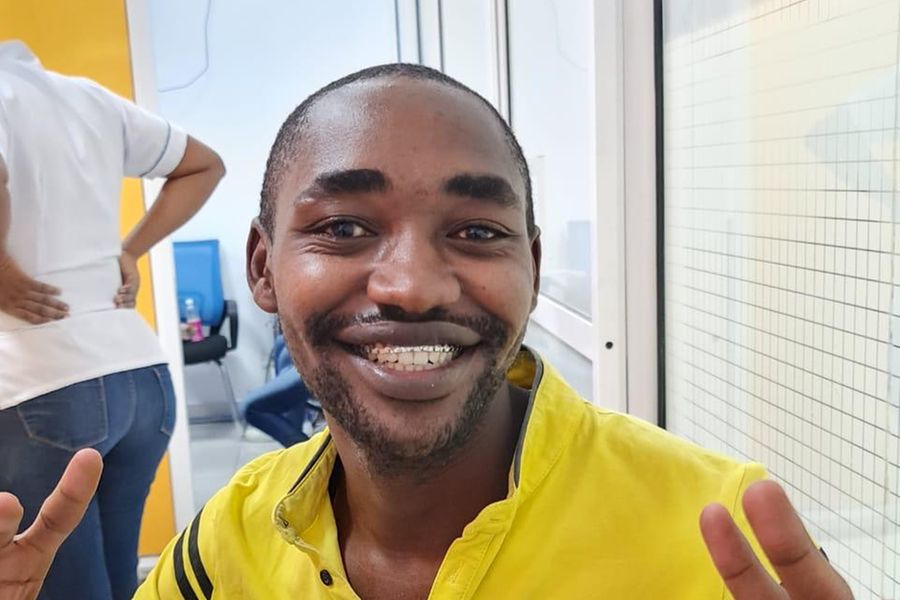 Anthony Maina, a hawker who lost five of his teeth after being assaulted by three Nairobi County inspectorate officers in July, can finally afford a smile.

Dr Kennedy Carson Opiyo from Kenya Orthodontics said Mr Maina is on his way to recovery after a successful surgery to fix a broken jaw and teeth.

“The X-ray showed the young man had a broken jaw, some loose teeth and a deranged bite. The two broken points were at the back and the front meaning the lower jaw was hanging loosely,” he said

Dr Opiyo said the procedures were done at no cost as many of their loyal clients requested them to help Mr Maina.

“We decided to help so we did it for free. Maina is recovering at the moment and is due for a review in two weeks,” he said.

It is alleged that Mr Maina was hit with a metal rod while handcuffed, by city inspectorate officers identified as Humphrey Muswangi, Hassan Chege and Dennis Macharia.

The assault took place on July 2 after he failed to raise a bribe of Sh100 allegedly demanded by the officers as he only had Sh20.

He lost five teeth and suffered a broken jaw.

Mr Maina and the three county askaris last Tuesday reached an out-of-court settlement that will see him paid Sh427,200 as compensation.