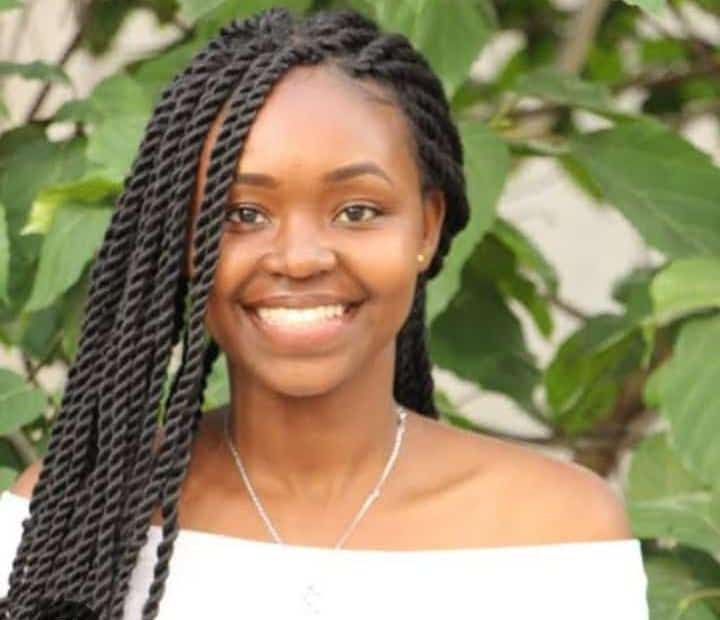 She had graduated last week from the Technical University of Kenya with a Bachelors of Architecture Engineering.

She left Nairobi at 6am assuring her father that she would be home as she was to be picked by her two cousins, Mr Clinton Maosa Obwocha and Mr David Juma.

They were to head together to their home located in Nyamira Town, Nyamira County.

The father Mr Samuel Binyanya of Mwamoturi family told Nairobi News in a phone interview: “I asked her whether she had money for lunch and she said she did not. I then sent her Sh1,000 to her and that was the last conversation I had with my daughter.”

Mr. Binyanya claimed that when he questioned the daughter about her confidence in the cousin’s word, she responded that she was certain of it because they had already contacted her and urged her to be prepared.

He claimed that after asking the mother to make a supper for the daughter, who had just graduated a week prior, she agreed since she also wanted to spend time with the young woman.

Ms. Rose Kwamboka Binyanya, who the parents describe as honest and hardworking, spent the majority of that day in the kitchen cooking for her first-born daughter.

The last time she was home, her parents said that she was dressed in a gown and was all jovial as she celebrated her graduation.

“My daughter was very smart in class, she always performed well and this tragedy has happened at a time when she was almost going to enjoy the fruits of her hard work,” narrated Ms Kwamboka.

“It is sad that she will now be returned here while in a coffin, yet the last time she was here she was dressed in a gown. I even don’t know what to say for now,” Mr Binyanya said.

A police report revealed that it took place along the Narok- Bomet road and the driver lost control of it. The motor vehicle a Mercedes Benz then rolled severally at the scene.

Three of the occupants survived the accident with very serious injuries and were identified as Ms Winnie Kerubo, Mr Michael Makori and Mr Duke Juma.

The two bodies of the deceased were taken to Longisa County Referral Hospital and the ill-fated vehicle was towed to Ololunga Police Station.