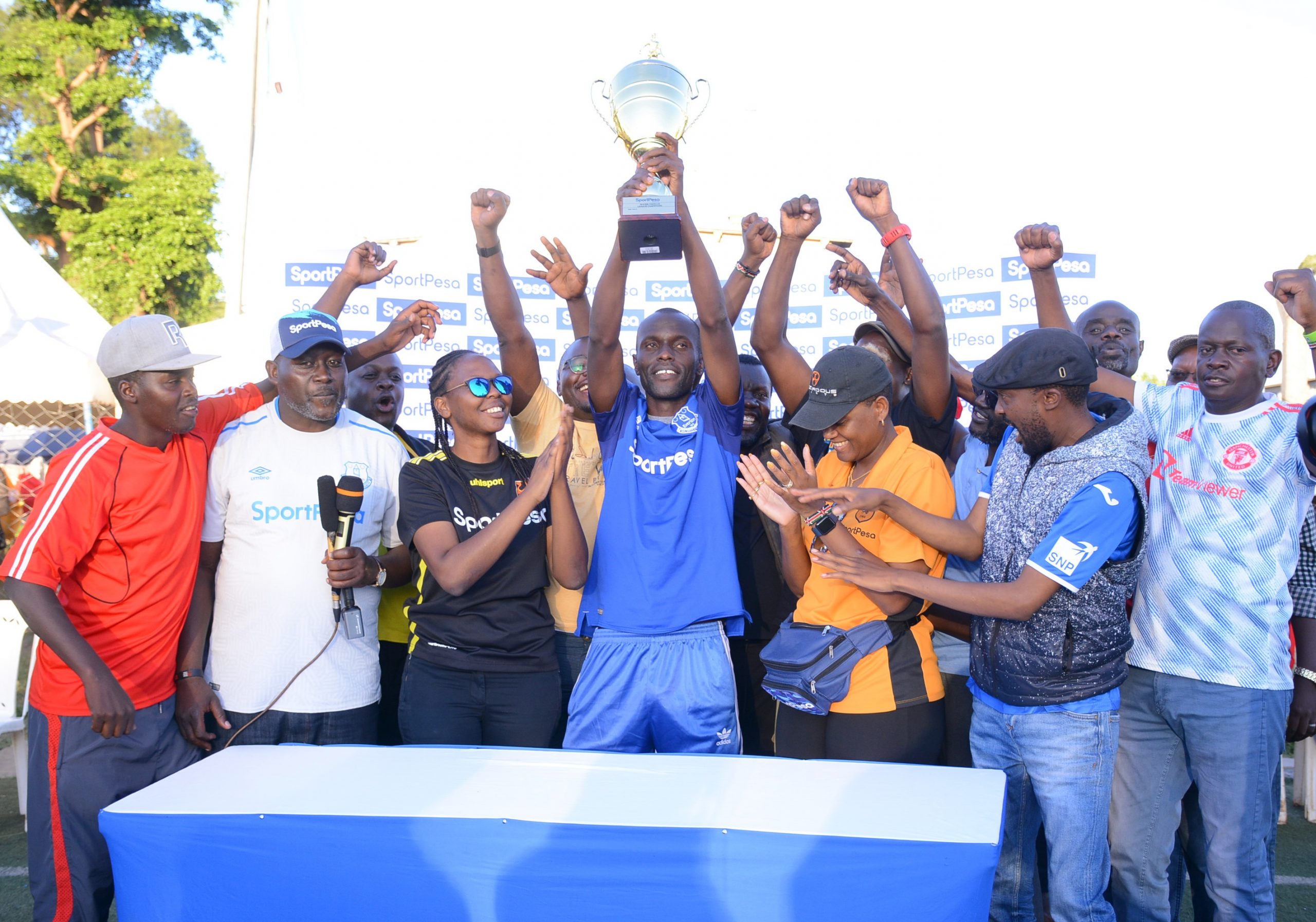 Friendzone FC were crowned Wazee Pamoja League champions on Sunday in a colourful ceremony at the Camp Toyoyo Grounds, to culminate a remarkable season.

The league’s partners SportPesa were on hand to present the winning team with a trophy as well as Ksh75,000 for their stellar efforts throughout the campaign. Sunday marked the end of the season which kicked off in February and winners Friendzone finished it off in style with a 4-2 victory over Jambo FC earlier in the day.

The victory saw them win the league with 46 points after going unbeaten all season, winning 14 out of the 18 matches they played. Cruz finished second with 43 points, putting daylight between them and third place Tipples FC, who accumulated 28 points throughout the season. The runners-up Cruz FC played out to a 2-2 draw against Teezers FC on the day and their second-place finish earned them Ksh. 50,000, while Tipples received KSHs 25,000.

There was also another winner on the day, Friendzone striker Solomon Alubala, who scored a remarkable 29 goals throughout the season, setting a new record in the fast-growing league. Alubala is a former Wazito FC striker who retired in 2016 and proved that he still got it during his debut season in the league.

“I am extremely happy that I managed to finish as the top scorer and especially since it’s a new league record that I have set. My target for next season will be to better that record and I believe with the continued support from my team members, it is something that is achievable,” the 40-year old stated.

The Wazee Pamoja League is an initiative that sees former professional football players and legends find a way to still be a part of the beautiful game. Bernard Miruka, the Chairman of Wazee Pamoja League Governing Council, led the entire fraternity in thanking SportPesa for choosing to partner and support them as well as for the generous donation. 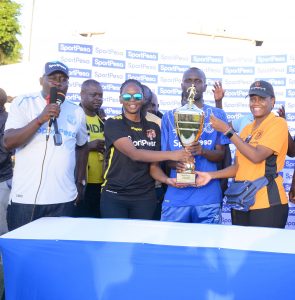 “This is a great day for us as the Wazee Pamoja League and we are very grateful to SportPesa for seeing our vision and helping us to achieve this. It’s the first time our winners have been gifted with such great incentives and I am very excited for the future that this great initiative has in store,” Miruka stated. This is the first time in 14 years that the best performers in the league were gifted for their efforts and it was made possible after leading gaming firm SportPesa partnered with them. It is clear what this league does for the community as you can see from the fans in attendance and it fills my heart to see how far it has come. With the continued help from SportPesa, the future is bright,” he added.

The next season kicks off in February 2022 and, expressed the company’s intent to keep helping the admirable initiative.

Speaking as she awarded the trophy to the winners, SportPesa’s Public Relations Manager Lola Okulo said: “We are happy to have been able to come on board to help such a great cause as we continue our mission to develop sports in the country.

“It is great to come and see such a wonderful turnout and be among football legends of the game in Kenya and I would like to congratulate all the,” she concluded.