From bank robber to loving husband and father 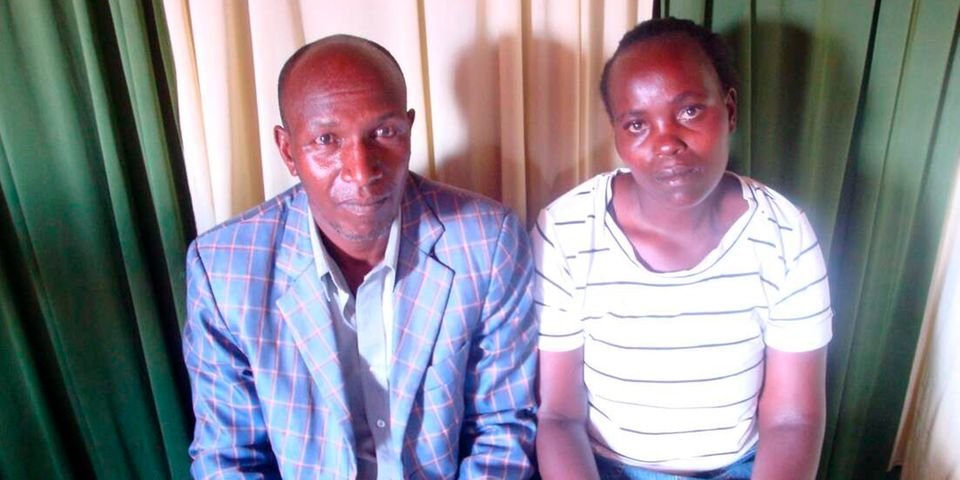 Life is full of second chances, and nobody knows this better than Peter Macharia, a 46-year-old ex-convict who has turned his life around after a life of crime.

The pastor, husband and father of six children shared the circumstances that led to his incarceration and how he eventually unyoked himself from the burden of crime to start a clean life.

Born in Gwa Kiongo in Milangine District, Nyandarua County, the man who shepherds Jesus Christ Witness Ministry church grew up without a mother figure in his life. His birth mother died when he was only two.

But growing under the tutelage of his disciplinarian father perhaps toughened him to be a man quite early.

“My father had mental health issues, and it paid to get off his path when he had those violent mood swings. I recall he was a likeable person before his mental condition worsened,” he says.

He dropped out of school in Class Six.

“I was forced to discontinue my education at Nyakiambi Primary School owing to the hardship of the time as it became unbearable for my mentally sick father to cater for us as well as put us in school,” he says of his peasant father.

His parent was trying to make agricultural sense from a small acreage of the land. Still, the exploitative middlemen always had a way leaving dirt poor farmers at a disadvantage, a situation that remains so to date.

While children his age were busy studying, he was learning life ropes in a different institution; the school of hardships. He learned a life’s skill through apprenticeship as a mechanic when he moved to the sprawling Langa Langa estate on the outskirts of Nakuru town. That was in the late 1990s.

“I got work in one of the numerous garages there, and I thought now I had my life charted out well as I was earning a decent wage,” he says.

That was not to be. While busy at his workstation one day, three well-dressed men came to have their car serviced. He did not pay much attention to them and took them for ordinary customers.

“The way they were keenly observing me, especially my mechanical skills, did not raise any suspicions in me as being among the youngest mechanics in that garage had me thinking they did not trust me, but I delivered to the best of my ability,” he recalls.

In the boot of that car, he says, were stashed cases of alcoholic drinks and the now reformed man of the cloth, who was imbibing alcohol back then, accepted a few bottles offered by the strangers.

“That was an enticement to win me over for, during the time I was gulping down the alcohol, one of the men said they were looking for a mechanic and a driver, and I struck them as one who fitted the bill perfectly,” he explains.

The catch was he would be paid well over what his mechanic job was offering. He swallowed the hook, bait and sinker, and before he knew it, he had joined the underworld of crime.

Back then, bank robberies were executed with brutal force, unlike today, where sophisticated criminals have taken advantage of technology to execute their heists.

Pastor Macharia’s duty was being the driver and the mechanic of the getaway car, a job he did meticulously well and credits his Joginder Singh like driving skills for saving his life during close encounters with the cops.

Their life in my hands

“With each robbery committed, I would be paid above the rest as the gang entrusted their lives in my hands,” he says.

In the underworld, criminals go with aliases, and he was known as Dere, which is a corruption of driver. The three criminals who lured him were part of a more extensive network and were under the radar of the CID (currently Directorate of Criminal Investigation) and were all to die under a hail of bullets.

“It was in the year 2000, and we had planned to carry a bank robbery in Nakuru town. Apart from the three criminals and me, there was another one who joined us, making it five occupants in the getaway vehicle. Everything seemed working smoothly, and it seemed this was going to be an ordinary robbery like the rest,” he says.

The police had intelligence of the impending robbery and trailed the five. Within minutes, there were four bodies on the ground. He managed to escape.

It did not take long for police to track him down, and he believes an informant was behind the bungled robbery.

“I was remanded for three years and later released without any charges,” he says.

Even in remand, his criminal mind was at work especially swapping stories with fellow remandees arrested for similar offences.

Within a month of tasting freedom, he was back to the underworld. Together with three others, they planned a robbery which almost succeeded.

“Unfortunately, one member was shot dead; another escaped with gunshot wounds while the other one and I were arrested,” he says.

His run-in with the law had come to an end. Together with his accomplice, they were handed a death sentence after being found guilty of committing robbery with violence.

The two were incarcerated at Naivasha Maximum Prison. And at the time of his sentencing, his then-wife and two children had deserted him.

He had already served five years when a life-changing moment happened. He decided to surrender his life to God, and things began working in his favour.

“It was on August 8, 2007, when we had a visiting preacher, and when the call was made for those who wished to surrender their lives to Christ was made, I answered it. I began doing Bible studies which I continued when I was released and was ordained a church minister, rising from a pastor’s assistant to running my church for almost a decade now.”

He believes that he and his fellow inmate were handed an unjust sentence going by the fact he was merely a driver and knew not how to handle weapons. The two decided to appeal.

“Together with my fellow condemned inmate, we decided to appeal the death sentence, and a lawyer I don’t even know came and offered free legal services while the other man had the privilege of a legal representative,” he says.

Their appeal succeeded, and they were acquitted on June 5, 2008. This time he was determined to turn a new leaf. Unfortunately for the fellow acquitted man, he returned to crime and was shot dead within a short span of his freedom.

“Crime never pays. You either end dead or in jail,” he says.

Strangely, he adds, whenever they robbed banks and businesses, they would spend the money instead of investing.

“In the world of crime, you are looking towards your next job, and you’re not assured if it will pull off well and live to tell the story,” he says.

Reintegrating into society is always hard, especially if the community knows of your criminal record. Rather than go to his birthplace, the man who was released penniless had to find refuge in his sister’s home in Wanyororo village in Nakuru County. He survived from doing odd jobs.

“There was no home to go to. It is not that I would not be accepted back in my society, but there was no place to call home. My father, who passed on the same year I was acquitted, had lost possession of his share of land over family feud,” he says, adding when he used to be a mechanic, he was not living far from his sister’s place.

Daniel Muiga, a resident in the village, says it is hard to believe the man was once a jailbird and a hardened criminal.

“I’ve interacted with him, and he cuts the picture of a polite harmless man. He had been testifying about his life in open-air crusades under the banner of his church (before the pandemic),” he says.

Pastor Macharia has since remarried and is currently a proud father of five, though his current wife had a child out of a relationship when he met her.

“My ex-wife left me when I was handed a death sentence and remarried. She never visited me even once, and I could not trace her whereabouts. I remarried in 2009,” he says.

Through her uncle, he met his current wife, Virginia Wanjiru.

“It happened he asked me to accompany him to see his old folks, and I met this girl with her grandmother, and we hit it along and began dating. Within a short time, we were married,” he says.

The hardest part was disclosing his previous life to her, but she accepted him as he was, and the couple has been married for eleven years.

“It was hard convincing her at first as she thought I would relapse to my former life, and today she’s the pillar of my strength and an assistant in my church ministry,” he says.

The boys are aged 13, 11, 8, 5, and 2, with the last born four months old. When the time is right, he will disclose his past life to them so that none will follow after the same path.

To him, one’s actions will eventually catch up with him or her. He plans to set up a rehabilitation centre within his church to reform addicts of drug and substance abuse and warn against the dangers of crime.

Related Topics:NewsPastor Peter Macharia
Up Next

Harmonize to sue Rayvanny for sharing his private chats, videos