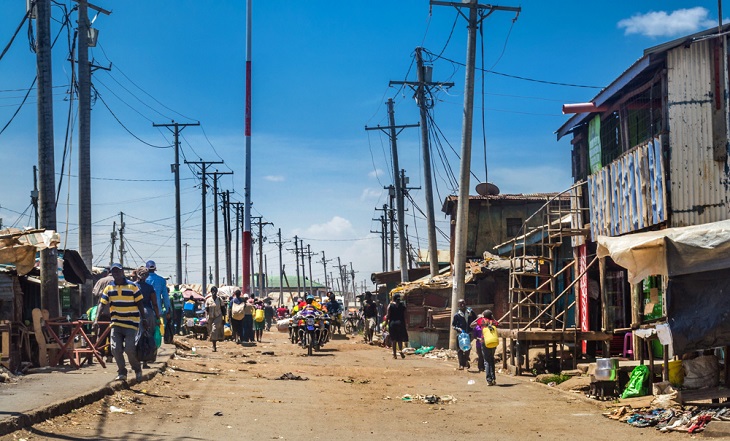 Dr. Aggrey Willis Otieno is a living example to many of how he overcame all obstacles despite being born and bred in a location with inadequate infrastructure, regular lack of clean water supply, limited resources, insecurity, and congestion.

He currently teaches at Utah State University in the US and is one of the fortunate Kenyans teaching abroad who have been accorded “tenure track” status, which makes them permanent professors until they retire.

Otieno still clearly remembers the time his mother accidentally enrolled him in a rehab facility where he was required to learn and share a classroom with children who were sniffing glue, which had a negative impact on his academic performance.

He was later transferred from the rehab school and admitted to the recently constructed Korogocho Primary School, where it took him a few years to catch up with the other students in the mid 1980s.

In class 3, Otieno stunned his classmates and tutors when he held position one until Standard 8 and achieved first overall position in the Huruma Zone KPCE tests. He then made his way to Jamhuri High.

Otieno, who was born in the Nairobi neighborhood of Gitathuru, a settlement within the Korogocho slum, would get up as early as 4 am to make chang’aa before walking over 12 kilometers to school.

After the deaths of Otieno’s father and two of his siblings, life became intolerable for the family, prompting Otieno’s mother to start selling illegal brews within the slum in order to raise and educate them.

Otieno still recalls instances in which he would walk to school without having breakfast, and other times when he would ask random drivers to drop him off at school.

Dr. Aggrey received a scholarship from the Ford Foundation as soon as he completed his bachelor’s degree at Moi University, and he then attended Ohio University to earn his master’s degree in communication and development and a certificate in African community health.

His good fortune continued. Otieno was once more fortunate to be given the Bill Clinton Global Initiative University Award, which honors college students around the world who have made a difference in the community.

Dr. Aggrey Willis Otieno is currently the chairman of the Communication and Journalism Department at Utah State University and an adjunct professor at Ohio University’s department of media arts.

Otieno persuades young people all around the nation, particularly those in unofficial settlements, to take education seriously because it is the only way to end poverty in Africa.